City of Heroes is a game that needs no introduction for fans of MMORPGs. The title developed by Cryptic Studios, was one of the more interesting games of the genre available in the past thanks to its very interesting setting, characters and features. If you are missing playing City of Heroes, you definitely need to keep an eye on Valiance Online, which is one of the spiritual successors of the game. 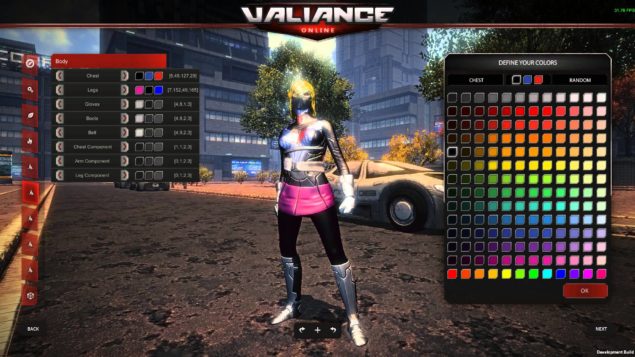 Up until now, SilverHelm Studios has managed to make some very good progress on the game through volunteer work alone. Valiance Online now features a playable environment, basic character creation, several power sets and more. The crowdfunding campaign is just one of the steps the team is taking to pay developers for their efforts, so that they can be committed full time on the development of Valiance Online.

Valiance Online is a massively multiplayer online game set at the end of the 21st Century in the fictional city of San Cielo. In the game, players are able to control super heroes and villains and take advantage of superhuman powers and advanced technology.

Valiance Online is a “living world” superhero massively multiplayer online game which player choices and actions are paramount. Set at the end of the 21st Century in the fictional city of San Cielo, players take on the roles of heroes and villains who battle using superhuman powers and advanced technology.

Valiance Online is currently in development for PC.