Google’s Chromebook Pixel has been rumored for an unveiling alongside the Pixel 2 family and the latest specifications leak courtesy of a benchmark sheet might keep hopes alive for those that wanted to see a high-end Chromebook Pixel refresh.

GFXBench Specs Leak Reveal 128GB of Storage, an Intel 7th-Generation Processor and a Screen Size That Will Make for a Very Portable Machine

Surprisingly, we don’t see an Intel 8th-generation processor listed in the specifications, since that is what would have given the notebook a significant boost in performance. Instead, a Kaby Lake chip has been listed, which is supplemented by 8GB of RAM and 128GB of storage. Now, it is possible that there will be different models announced during the Pixel 2 unveiling boasting better hardware, so let us not jump to conclusions this early.

A long time back, there was a rumor circulating that the Chromebook Pixel would be given the codename Bison and would be able to accommodate up to 16GB of memory. Perhaps with an upgrade in RAM, we could also be seeing an upgrade on the processor side of things, so fingers crossed for positive developments in this story. 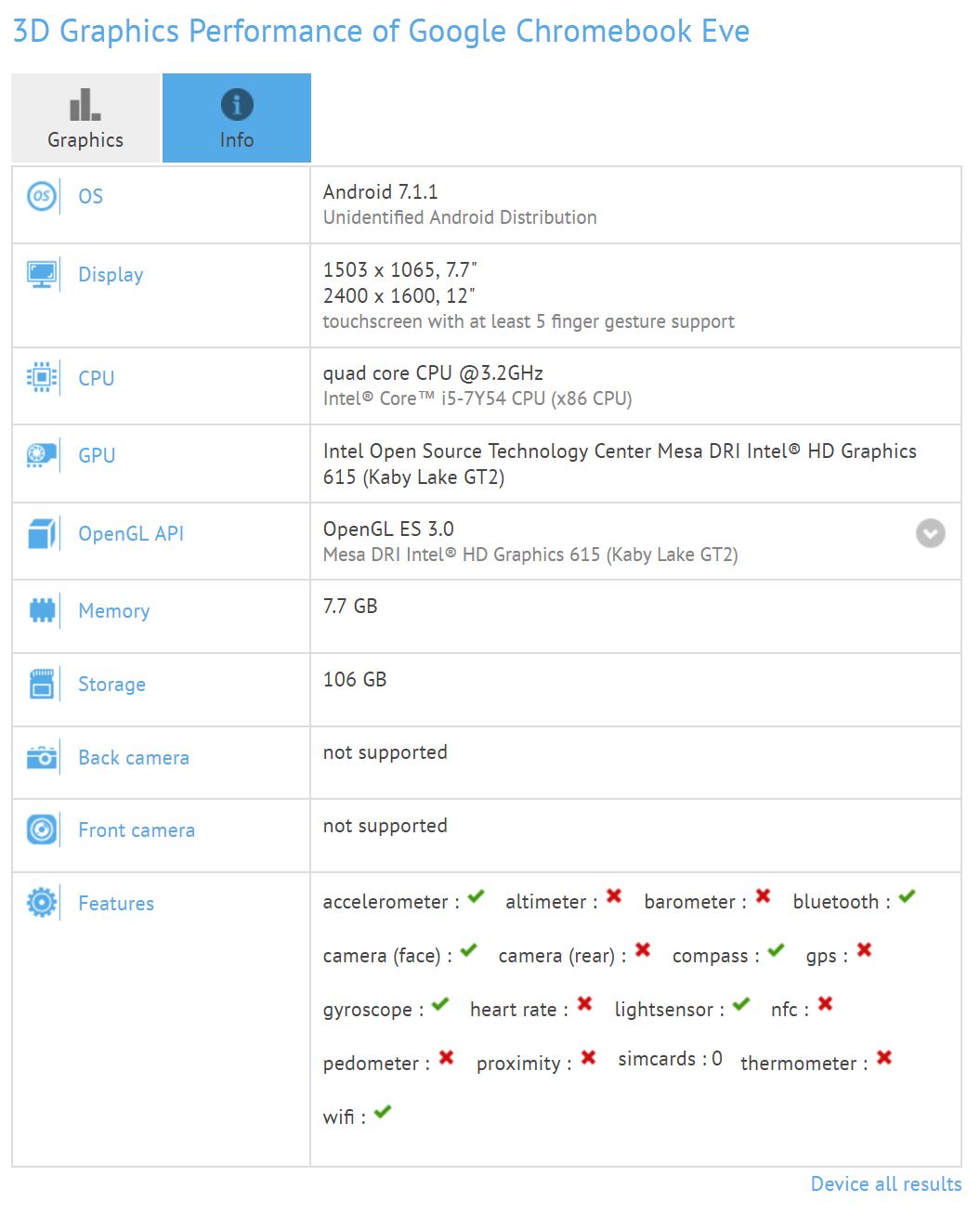 It also states that the portable machine codenamed ‘Eve’ will have a touchscreen display, meaning that another feature might be ported to the Chromebook Pixel, though it might end up being a fatiguing experience for the user. Google could be aiming to provide a premium offering to those that want to experience better fluidity while using the Chrome OS, but its rumored starting price of $799 might not be too encouraging for a major percentage of the populace.

There have been very little developments regarding the Chromebook Pixel but there are chances that we might see a premium model at Google’s event taking place during the month of October.

What other features do you crave to see from the Chrome OS-running machine? Tell us your thoughts down in the comments.