While Intel’s supremacy in the server market has been unchallenged so far, Qualcomm is yet to update us on the progress of its server processor, codenamed Hydra. However, it looks like a Chinese startup firm has already gone ahead of the chipset manufacturing giant with its own 64-core offering. 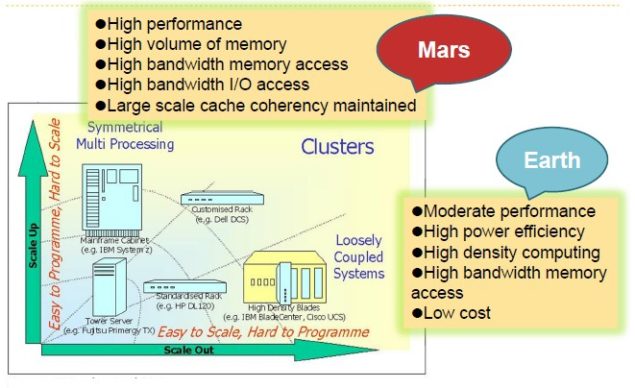 According to a source, Phytium Technology is the name of the company that plans to rattle the cage of both Intel and Qualcomm by releasing a server processor that is going to boast 64 cores. The codename of the processor is Mars and each core is going to be running at a frequency of 2GHz. The processor is processed on the 28nm process, which obviously means that it is not going to be the most thermally efficient chip out there.

However, if Mars is processed on a larger lithographic architecture, then it will obviously be much cheaper compared to what Intel is providing to its client base. When the subject of Intel is being talked about, the company is known for its expensive server processors. While the pricing of Mars has not been stated by the company, it will definitely be much lower in order to capture a larger market in a short period of time.

Unfortunately, the only drawback according to the source is that the chip has a TDP of 120 watts. Despite its high power consumption, Mars is still able to deliver 512 GFlops of computing power and will fit in a 640mm2 die with approximately 3,000 pins. According to performance numbers, Mars easily surpasses the performance ThunderX, a 48-core processor developed by Cavium. 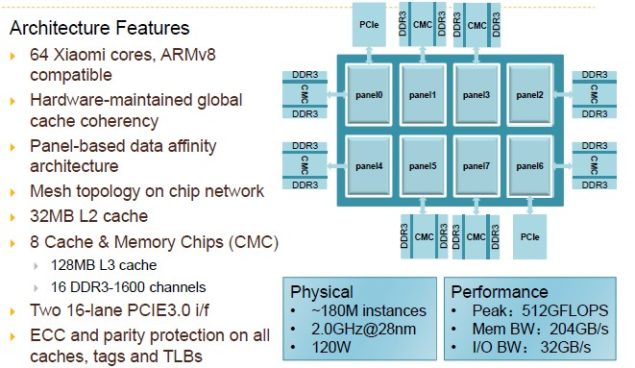 The company’s other competitor is EZchip, which is expected to be working on a 100-core ARM processor. The processor is going to be manufactured on the same 28nm process, but according to the mentioned details, we probably will not get to see it in action until 2017.

While Phytium Technology did not mention a timeline for Mars, it is highly possible that the processor will start being sold during 2016. Do you guys think that Phytium Technology has what it takes to disrupt the progress of Intel, or will the latter maintain its dominance in the server market? Let us know your thoughts.