Samsung's next flagship smartphone series isn't too far away from its launch now, expected at the Mobile World Congress 2016. Samsung is reportedly creating two models of the smartphone with one sporting a curved design. While there are plenty of rumors detailing the specs and features of the upcoming flagship series from Sammy, there is no confirmation as to what design or spec changes we are looking at. Analysts believe that Samsung won't be going too far from the Galaxy S6 series in terms of design. However, that doesn't mean that designers also have to stick to last year's design. 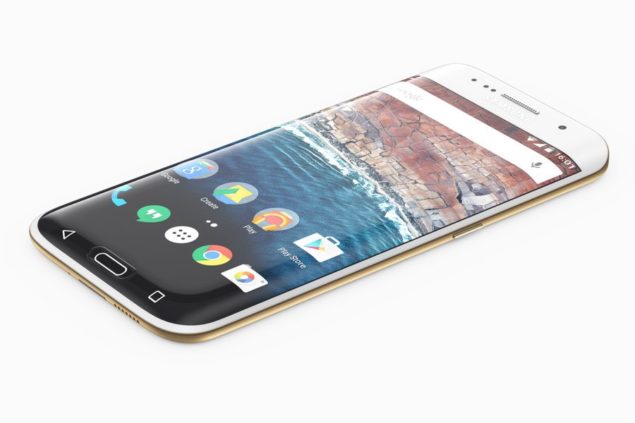 We have already seen a couple of Samsung Galaxy S7 concepts, with the latest focusing on the Galaxy S7 Edge with a look that definitely can't be considered realistic but is obviously quite attractive, to say the least. Case manufacturers have already started making cases for the Galaxy S7, which means the hopes of seeing a new design are close to nada. The popular concept designer, Martin Hajek, has shared his own imagination around the upcoming flagship smartphone and it doesn't seem to follow what case makers or others believe would be the new device.

Sharing his video with a German tech channel Curved, the design neither seems logical nor realistic. Sporting a screen that is curved at the bottom of the device, the Home button is integrated right into the edged display. A USB Type C at the top of the Galaxy S7, microSD slot at the bottom, the Galaxy S7 Edge concept looks inspired by both the Galaxy S6 and iPhone 6's design. Also, don't forget to spot the camera with no protrusion whatsoever.

Here are the images, video and specs shared by the designer. Realistic for this year's Galaxy S7 or not, it's quite fun to look at this design ingenuity.

- design language based on Galaxy S6 edge
- main camera now flush with back side(no protrusion)
- back side has soft/rounded edges, like Apple’s iPhone 6/6s
- back side is a full metal case
- the front display has an additional curve; towards the bottom area (curved display now not just along the long edges).
- this allows for the home button to be integrated in the front glass
- USB-C included
- microSD card slot
- display 5.3″ instead of 5.1″ in a package the same overall size as the galaxy S6 edge