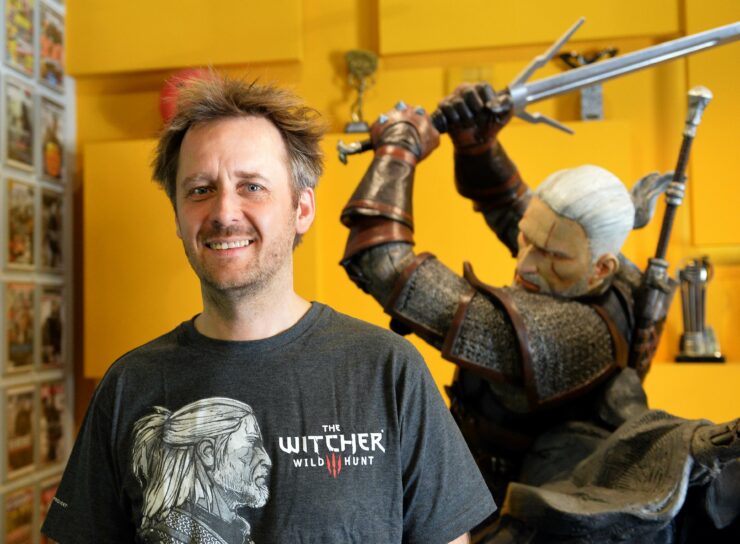 Marcin Iwinski, the CEO of CD Projekt RED (CDPR from now on), spoke in a one-on-one interview at infoShare 2016. The video interview has only been shared recently on YouTube and it contains more than a few interesting tidbits.

Yeah, I actually think I said the best. The goal for the last five years was to be among the best three roleplaying game developers and I think we got there, The Witcher 3 is the proof. For the top three, this is our perception, I'd definitely put there Blizzard, I'd definitely put there Rockstar and I think I would put them at number 1 and probably Bethesda as well. We want to get there, so one will have to go.

Iwinski also answered questions about piracy, taking a pretty strong stance against DRM systems like Denuvo and stating that The Witcher 3 managed to sell over 10 million copies worldwide without anything like that.

The Witcher 3, we released the game without any protection. On day one, you could download the game from GOG and give it to a friend on a memory stick - it works. And still we sold near to 10 million units across all platforms. The piracy factor was irrelevant, because we cannot force people to buy things, we can only convince them to do it. We totally believe in the carrot, not in the stick.

We are not condoning piracy, we are against it. But in case of lower income countries for example, people just cannot afford to buy our game, so maybe our price points offering in some country wasn't right. For example, we have lower prices in Russia. We don't like when people steal our product but we're not going to chase them and put them in prison. We'll think hard of what to make to convince them in a very positive way, so that they'll buy the product next time and they will be happy with it, telling their friends not to pirate it.

Finally, he chimed in on the growing mobile phenomenon (note that the interview was conducted prior to the release of Pokemon Go).

We're constantly looking at it and maybe at a certain point you'll see something from us. It's not about console game or mobile game, I'm more interested in the experience we can give to the gamer, what is the reward and what is our value proposition. Right now, our games offer a spectacular high definition experience and that is very much limiting mobile. That's why you didn't see our game on other not that powerful platforms, because they were not capable of handling it. But yes, we do quite a lot of R&D on this and you might see something from us - or not.

While The Witcher is unlikely to come in its full form to mobile platforms any time soon, the collectible card game Gwent very much might. The game will be available in Closed Beta this September for PC and Xbox One, with a PlayStation 4 beta due later; you can check out our impressions from E3 2016 in the preview.