Legendary investor Carl Icahn, known for his campaigns promoting shareholder rights has just announced in an interview that he no longer holds a position in AAPL inc. stock. Icahn's been one of Cueprtino's staunchest believers, having claimed on numerous occasions that Apple's stock is undervalued and offers more to the investor than its face value represents. Therefore his announcement comes as a surprise to many, but given Apple's recent slowing down of growth and troubles in China, we were expecting announcements of this form to surface soon. 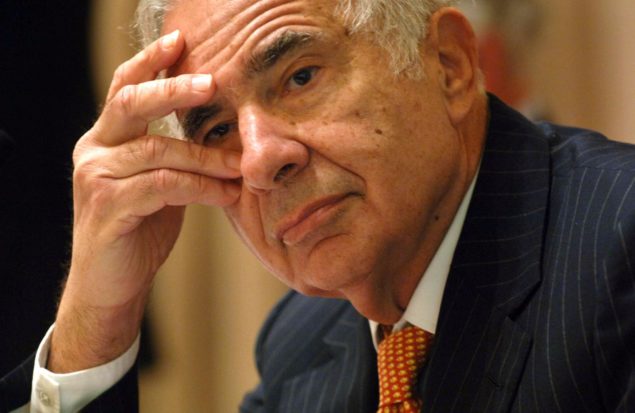 Even though news has slowed down on the gadget front for Apple as we move forward in 2016, the company's still alive and kicking in other areas. Today, legendary investor Carl Icahn has announced in an interview to CNBC that he no longer holds any position in Apple stock. This comes as a surprise to many quarters as Icahn has been quite vocal in his support for Apple over the past couple of years, with the investor's calls for Apple to increase its buyback program in 2013.

In fact, Icahn's investment in Apple back in 2013 saw the company's stock cross some important barriers and since then, he's been claiming on various occasions that Cupertino's stock is significantly undervalued. However, he's still a firm believer in the company and believes that Tim Cook is doing a great job in taking Apple forward.

Icahn's move today isn't the first time he's sold Apple shares, with the investor already having done away with approximately $700 million worth of Apple shares as 2015 ended. At that time, Icahn's position in Apple represented around 0.83% of all Apple stock, valued at approximately $4.5 Billion at the time.

Even as he sells Apple stock, Icahn's still made plenty from investing in Cupertino. In his interview to CNBC today, the investor claims that he's made around $2 Billion dollars from Apple stock, a very substantial amount given the brief time period of his investment. Furthermore, today's announcement doesn't mean that Icahn won't be investing in Apple in the future either, as Icahn hopes to ''get back in [the stock] sometime in the future''.

The reasons for this move concern primarily with China, a front where Apple's been made to change its operational strategies quite a bit. As Western markets mature, China has been a target of many tech companies, including Apple, who struggle to cater the country's growing middle class. One major concern for Icahn, and other investors by extension, is the Chinese government's influence over Apple, which they believe could be counterproductive for the company.

So as we head into summer, Apple's woes on the financial front seem to be far from over. The company's latest earnings call showed its first revenue decrease in 13 years, influenced primarily due to the iPhone's decreasing sales all around. As Cupertino struggles to keep up with device updates in today's tech world, all chips now lie on the iPhone 7 launch expected to take place this September.