Capcom: RE7 Achieved The Ideal Image of What RE1 Could Be, It’s A Fresh Perspective on The Same Universe 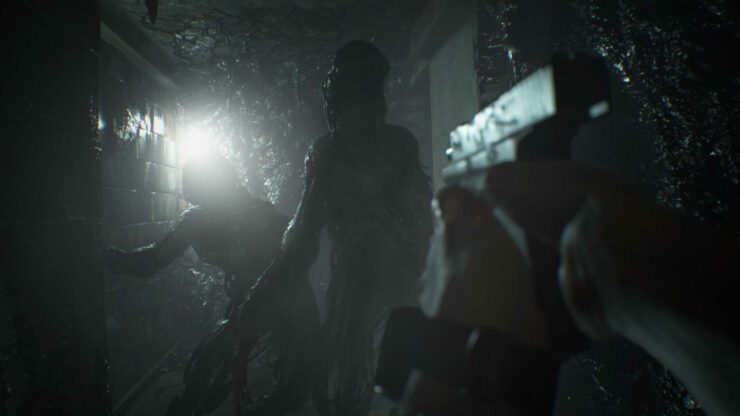 Eurogamer posted a massive article on Resident Evil 7 (RE7 from now on), which includes an interview with Capcom's key developers on the brand new entry in the revered survival horror franchise.

You're probably aware that RE7 is a significant departure from its closest predecessors. To begin with, RE7 features a main character who's just an ordinary guy faced with overwhelming odds and far more powerful foes most of the time.

We felt that as Resident Evil progressed, the enemies were more frequent, more abundant, and at the same time it almost lessened them, almost cheapened the feel of each encounter," says Nakanishi. "We looked back and thought, what is a Resident Evil adversary all about? What do those encounters mean? At the end of the day, each adversary should represent a fear. Something that means when you encounter them you are scared. At the same time, because you're scared, when you do overcome them you feel a greater sense of triumph, so that's definitely something that we were trying to strive for.

It's quite easy to relate to this mindset, honestly. At the same time, Capcom is quick to point out that it's the same universe just with a different and fresh perspective, perhaps so that they could easily incorporate elements of previous titles in the future if need be. Executive Producer Jun Takeuchi said:

It's the same world. It's not a reboot, but you're getting a fresh perspective on the same universe through new eyes. I think of it as a macro to micro shift, because the scale of global bio-terrorism events from the previous games is so massive that there's almost nowhere bigger to go. So by shifting the focus and spotlight on to a single average person in a single house - well, it's more than one building but you know, a single location - I think we really want to give you a chance to see that.

But at the same time, it's not like the game opens with a scene where all the existing characters are killed in an explosion or something. In my mind they are out there, doing their own thing, running and gunning, and in the meantime this also happened in the Resident Evil world. It's a fresh perspective on an existing fiction.

According to Producer Masachika Kawata, RE7 might just be the realization of the original Resident Evil concept.

It almost feels like this time around we were able to achieve the ideal image of what Resident Evil 1 could be. Given that you have all these photo-realistic environments and you're able to traverse through them with a first-person perspective, having that level of immersion, with all the latest technology, it was kind of cool to be able to be like, here's that very, very original concept from the very beginning, and we're able to take that vision and really apply.

Resident Evil 7 is due to launch worldwide (with the exception of Japan, where it's scheduled two days later) on January 24th, 2017 for PC, PlayStation 4 and Xbox One. The game will support 4K & HDR technology on PC and PlayStation 4 Pro (native 4K on PC, dynamic on PS4 Pro) as well as HDR on Xbox One S. PlayStation 4 owners who

PlayStation 4 owners who also own the PlayStation VR headset may play the whole game in VR mode, provided that they can handle the terror when it's right in front of their eyes.