Yeah, you read the heading correctly. We live in a strange world, yes we do, because if newly arriving scientific data is to be believed than Hemp Fibers (aka Cannabis) is actually a cheaper way to build Super Capacitors on par or better performing than Graphene counterparts. I am not so sure how I feel about science with capacitors made of Marijuana but any 'recreational consumers' would be deterred by the fact that these variants have no THC. 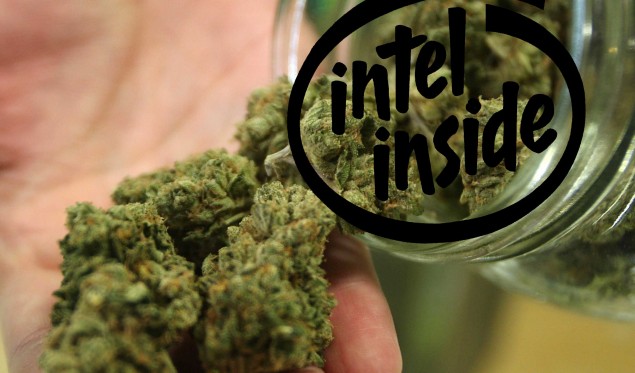 You probably don't need this message to tell you that this is not an official slide.

Hemp fibers are actually used for a lot of things, not just Marijuana, so it was only a matter of time before someone figured out another use. Still, I am pretty sure no one could have foreseen this particular application before. Now I am not entirely sure how the process of turning Hemp Fibers into Super Capacitors works but from what I can understand the fibers are superheated into carbon nano sheets which are then layered into a capacitor. The resulting unit is 1 Thousand times cheaper and just as effective if not more than Graphene capacitors. These particular hemp fibers are completely legal to grow (since they have no THC and you cannot get high from smoking these) and are mostly found in bio waste, so these folks might just have stumbled across the holy grail of recycling.

A lot of major players have invested a lot of money into Graphene itself. Its basically the darling child of the tech industry and if something as silly as Cannabis can come and utterly destroy the technology then that could bring about interesting circumstances. The most logical choice in this case is for the Industry to bury the news completely; oops, too late for that I guess. The second choice dictates that since Opportunity Cost is too great you cannot choose to ignore something like this, instead you go with acceptable losses and change tactics asap. There remains a third choice in only this particular niche, and that is to prevent the spread of something like this by sheer monopoly. If Silicon Valley chooses to ignore this development then most probably nothing will actually happen. The only reason they have access to this choice is because the Barrier to Entry in these markets is too high so not just any tom, dick and harry can do a successful startup with Hemp Fibers.

The future is made of Weed! I like the sound of that lol. http://t.co/076SmPvZCA