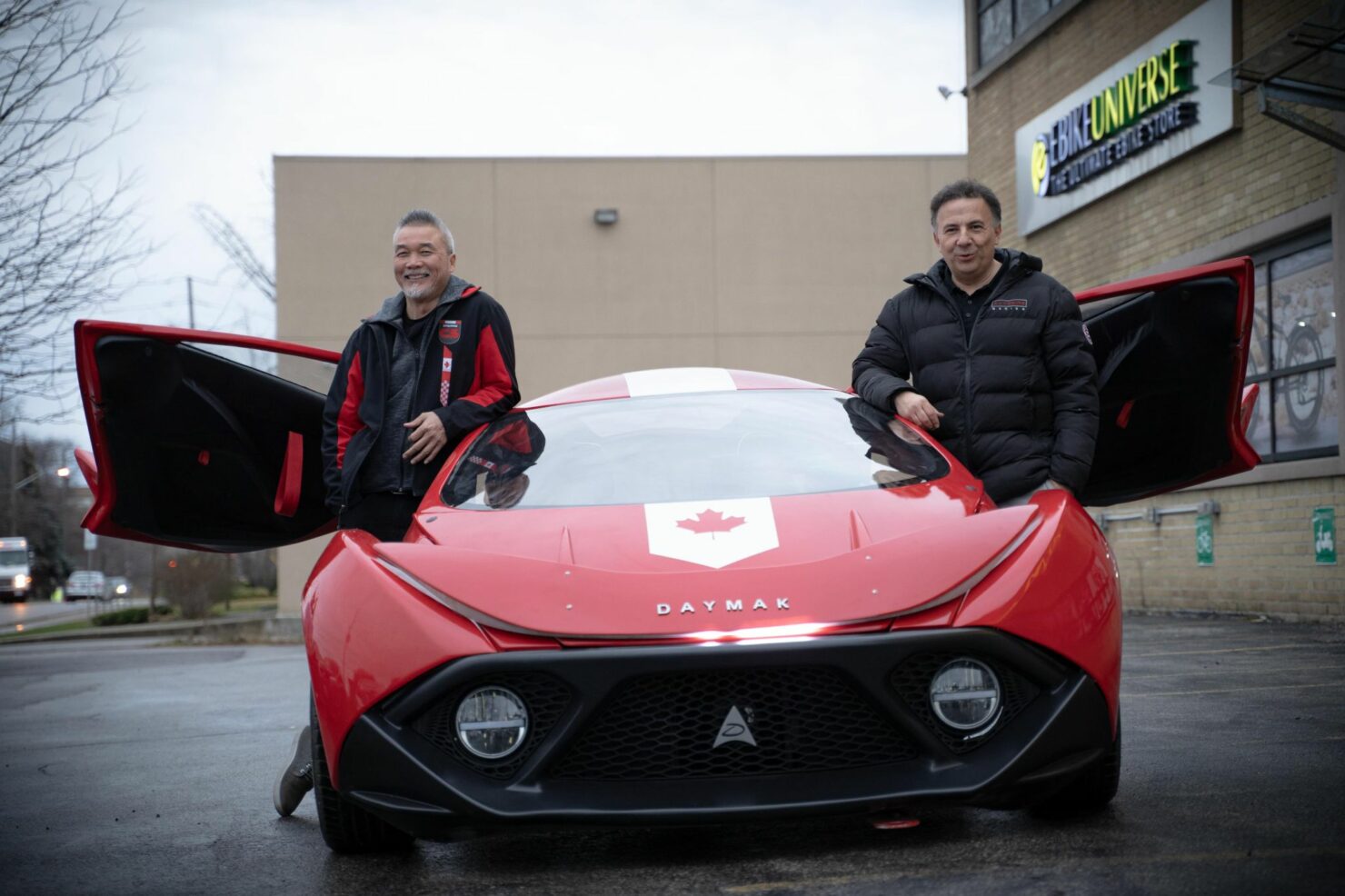 Last October, Daymak, a Canadian vehicle manufacturer, announced the creation of a three-wheeled car powered by electricity. The company states that it can mine cryptocurrencies in its downtimes, such as Bitcoin, Ethereum, or Dogecoin.

Mike Chow, Vice President of Research and Development for Daymak Inc., posted the first test drive of The Spiritus 3-Wheel All-Electric Car to his official LinkedIn page by Daymak. Mike Chow also shared this video on his YouTube channel, where you can see his previous work as an actor, stunt coordinator, and production manager. His film work is apparent in movies such as The Day After Tomorrow, Pacific Rim, and Bulletproof Monk.

The vehicle, just one of several electric vehicles that are part of the Avvenire Series, is adorned in red and sporting the Canadian leaf logo, passes through alleyways and streets with ease, proving that the vehicle is not just a concept vehicle.

With our new, all-electric Avvenire Series, we are not selling electric vehicles; we are giving people access to a greener future that they never thought was possible. So come see for yourself and become part of it. Go fast, go green.

Daymak Avvenire's Spiritus all-electric three-wheeled vehicle is a two-seater electric car with optional autonomous driving features. It includes Wi-Fi connectivity, air-conditioning, a 12-speaker stereo system, and solar panels to allow for additional slow charging. The Spiritus will also offer high-speed charging (under two hours for full charge), a GPS alarm system, rear camera for backing up the vehicle in ease, as we as additional features. Daymak boasts that the new Spiritus will "add ultimate comfort to your daily commute." On a single charge, the Spiritus series will be able to travel, at most, an average of 300 miles, or 480 km.

The Daymak Spiritus will be the first electric car in history to mine crypto currency while it is parked, including Bitcoin, Doge, Ethereum, Cardano, and more. This will be done through Daymak Nebula, our comprehensive cryptocurrency suite. From a touch of your Spiritus dashboard, you can access the Nebula Miner interface, as well as Nebula Wallet, where you can collect your miner profits, and pay/receive/stake many cryptocurrencies. Nebula Wallet will also be available on all smartphones.

Will this new vehicle cause Musk to look into proper crypto mining capabilities for his car technology? Or will he continue to focus primarily on the technology and still offer users to pay for Tesla merchandise using digital crypto currency, such as dogecoin? Earlier in 2021, Musk was allowing users to purchase the company's vehicles with cryptocurrency but has since halted payments, going back to receiving physical currency to buy Tesla's line of cars. It is unsure if and when we will see Daymak cars on the road in the future.