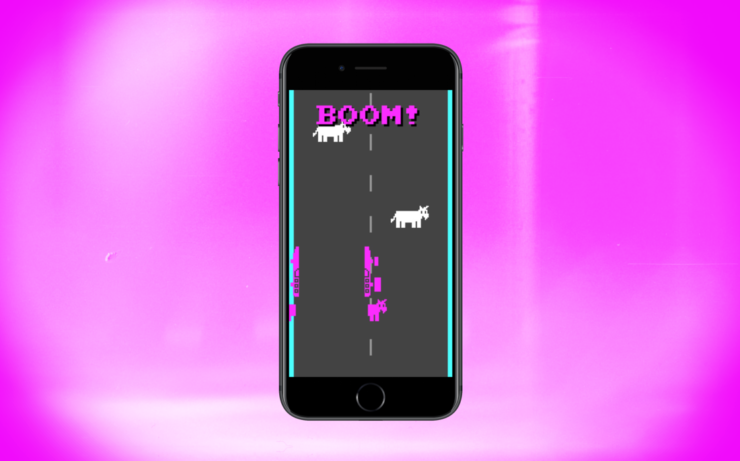 Bill Gates' iconic donkey game for DOS, called DONKEY.BAS, is now available to download for both iPhone and Apple Watch.

Although there are loads of modern games which we can experience on our mobile devices. But nothing comes close to an all-time classic title. Some of these classics may come from the oddest of developers, such as Bill Gates. Yup, the same guy who co-founded Microsoft.

Back in 1981, Bill Gates co-wrote an interesting little game called DONKEY.BAS for DOS - his one-and-only game. As you can tell from the name already, the title was written entirely in the BASIC programming language. But thanks to a measurement called time, the game was long lost up until now. Today, the game has resurfaced and has been programmed for modern devices such as an iPhone and Apple Watch. Keep one thing in mind though, this game has nothing to do with Microsoft at all. It doesn't come from the company, instead, a third-party developer gave the title a new life.

According to the description on the App Store.

Play the great grandmother of all racing game on your Apple Watch and iPhone! DONKEY.APP is a super simple but frustratingly hard retro arcade game, inspired by Bill Gates' one-and-only DOS game!

For the first time on watchOS and iOS, relive the classic game that started it all! Beat the DONKEYS and become the top driver you're born to be!

In case you are wondering, the developer did give a massive shoutout to Bill Gates in the description, so you can rest assured he isn't taking full credit for his work. Last but not the least, you will be pleased to learn the the game costs just a dollar to play. Hit up on the link below to head straight to the download page.

The aim of the game is simple: run over all the donkeys that appear before your car. Up for the challenge? Then give the game a shot. Also, let us know what you think about this 8-bit gem for iOS and Apple Watch.