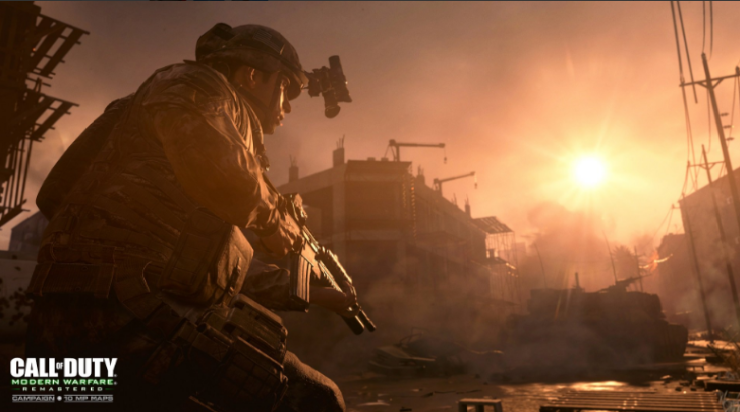 Call of Duty Modern Warfare Remastered, the remastered version of one of the most popular entries of the series, is getting released later this week as part of some Call of Duty Infinite Warfare special editions, but all those who pre-order them already had the chance to play through the game's single player campaign. Since a few hours ago, the multiplayer can also be accessed, at least on PlayStation 4.

According to several online reports, it's possible to try out the Call of Duty Modern Warfare Remastered multiplayer modes if the player has downloaded the 1.02 update, which has been made available yesterday. Another update, the 1.03 one, has been later released to fix this issue, but it's still possible to access it by joining a friend's lobby. Twitter user Moriarty has found an interesting workaround for those who have no friends playing Call of Duty Modern Warfare Remastered multiplayer.

To join a #MWRemastered lobby easily, search for & join the Call of Duty community & go to the 'now playing' tab. pic.twitter.com/r1OGydYTZX

With players now being able to access the game's multiplayer component, additional details are also coming in. Reddit user Lorenso0 recently shared images of the 20 Prestige Emblems, which you can find below.

Call of Duty Modern Warfare Remastered launches alongside Call of Duty Infinite Warfare later this week on PC, PlayStation 4 and Xbox One. We will keep you updated on both games as soon as more comes in on them, so stay tuned for all the latest news.