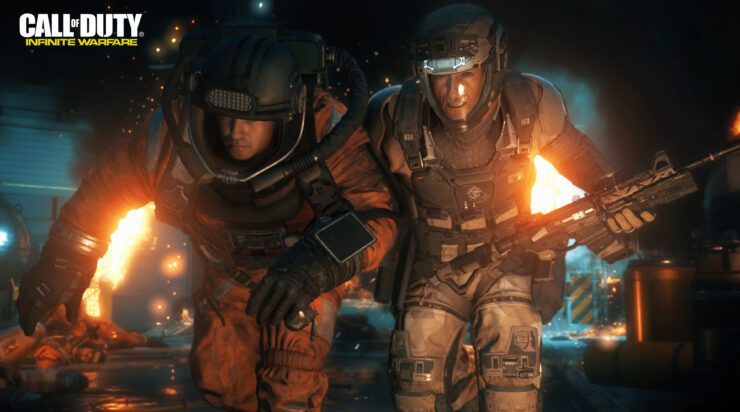 Infinity Ward has announced that the upcoming Call of Duty: Infinite Warfare has gone “gold,” and is excited for the game’s multiplayer beta next month.

Developer Infinity Ward announced the news via Twitter overnight, and shares to be excited to optimize the game pre-launch by making use of the gathered player data from the upcoming MP beta for PS4 and Xbox One. As covered last week, the beta will skip PC.

The “Gold” status means that Infinity Ward has finished development on the shooter and that the game is being prepared to be copied, packaged and shipped to retailers.

Call of Duty: Infinite Warfare will take players to space for the very first time. “This year, we’re both honouring the heritage of  Call of Duty while taking players to incredible new heights," said Eric Hirshberg, CEO of Activision Publishing following the game’s announcement earlier this year. “Call of Duty: Infinite Warfare is a bold, new vision from the studio that created the original  Call of Duty and  Modern Warfare,  and an adventure on an insanely epic scale that only  Call of Duty could deliver. And  Call of Duty: Modern Warfare Remastered is one of the most beloved games of all-time, reborn for a new generation. We have lovingly remastered it with a whole new level of graphical fidelity and realism that wasn’t possible when the original was released. It’s going to be a great year for  Call of Duty players.”

Infinite Warfare will release on November 4 for PC, PS4, and Xbox One alongside the remastered version of Call of Duty: Modern Warfare. The latter might also become available as a standalone game shortly.

“The original Modern Warfare raised the bar on video games and forever will be remembered as one of the best. It’s an honour to be developing the remaster and we are committed to faithfully remastering this classic for Call of Duty fans,” stated Brian Raffel, studio head of Raven Software.

Call of Duty: Modern Warfare Remastered is included with the following editions of Call of Duty: Infinite Warfare: