With the Day Zero edition of the most technically advanced video game title in Activision’s battle-scarred first-person shooter video game franchise shipping out to consumers as I write this piece, a large part of the PC gaming community is already enjoying Sledgehammer Games’ gem, as it has been cracked by key punchers and is available for download. Now that Call of Duty: Advanced Warfare is easily accessible on PC as well as latest consoles, we can finally check out what the game looks like running on the latest platforms next to each other. Without delaying it any further, check out the screenshot comparison below showing how Call of Duty: Advanced Warfare performs on the PlayStation 4 compared to PC. 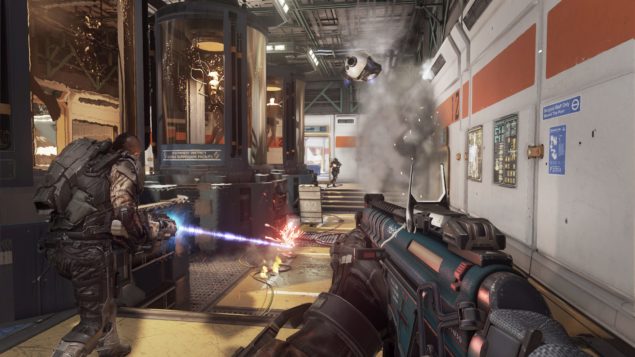 Now is finally the time we have all been waiting for. After being in development at Sledgehammer Games for three years, Activision’s most boasted, next-gen exclusive first-person shooter video game known as Call of Duty: Advanced Warfare is officially available for purchase in few regions, and in others, it has already been leaked out by retailers for the latest consoles and cracked by computer jockeys for PC. This means a pretty large number of players are already dwelling in the in-game futuristic battlegrounds that demand advanced technology and adept tactics to be mastered.

Like its predecessors, Call of Duty: Advanced Warfare has been praised several times by its developer and publisher in the past, but this game is claimed to be unlike anything Call of Duty players are accustomed to. According to the developer, the latest shooter has been completely optimized for each platform and looks magnificent on latest consoles and PC. Now that the game is accessible, we thought why not put it to test and see how it justifies all the claims that were made in recent months and holds up against its PC version while running on Sony’s latest PlayStation 4 console.

If you’re still stuck deciding between the platforms to play Call of Duty: Advanced Warfare, here is something that might help you. Below is a screenshot comparison that compares a couple of screenshots from the final build of the PlayStation 4 version of the game to the screenshots taken from PC version and directly provided to us by our good friends over at Tech4Gamers. Looking at the comparison, it is clear that Call of Duty: Advanced Warfare is graphically more advanced on PC compared to the PlayStation 4.

In first pair below, you can see how facial features of in-game Kevin Spacy and the commander standing beside him are more detailed, visible and sharp on PC. Screenshots in the second pair are not quite identical, though they show that the game running on PC is much more enhanced and detailed compared to the PlayStation 4. Worthy to note here, Sledgehammer’s shooter runs at a native resolution of 1080p on Sony’s latest console and it was running at the same resolution on PC while the screenshots shared below were taken.

You can check out the Call of Duty: Advanced Warfare PC vs PlayStation 4 screenshot comparison below. In each pair, the screenshot above is from PlayStation 4 version of the game and the one below is from PC version. Stick around as we will update this post with more comparison screenshots as we get our hands on them. 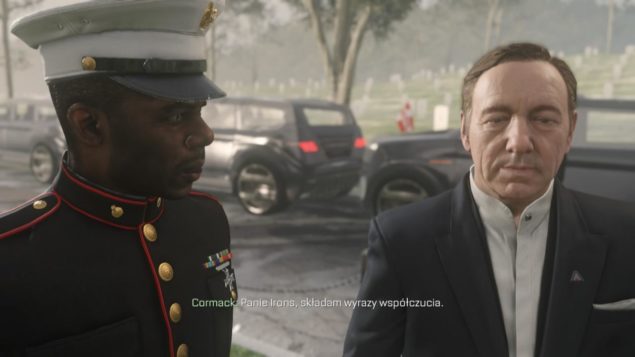 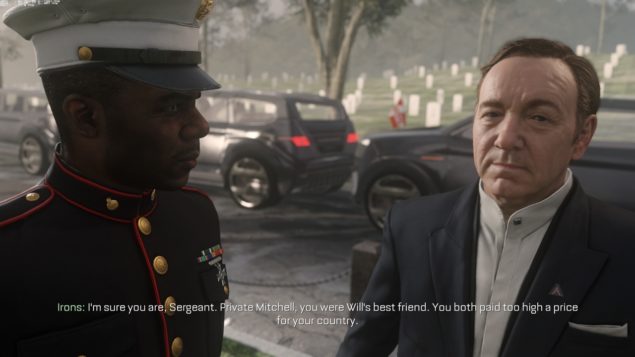 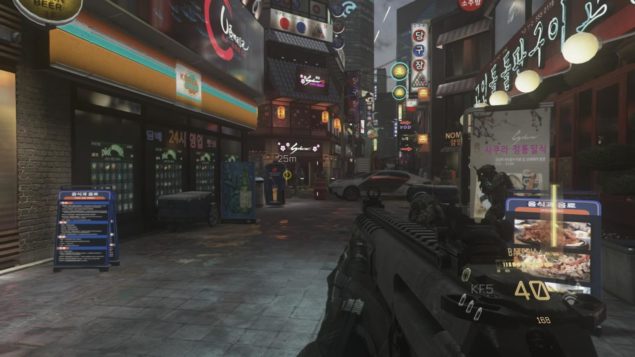 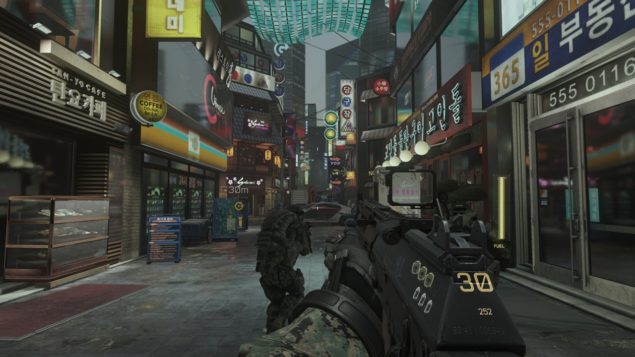