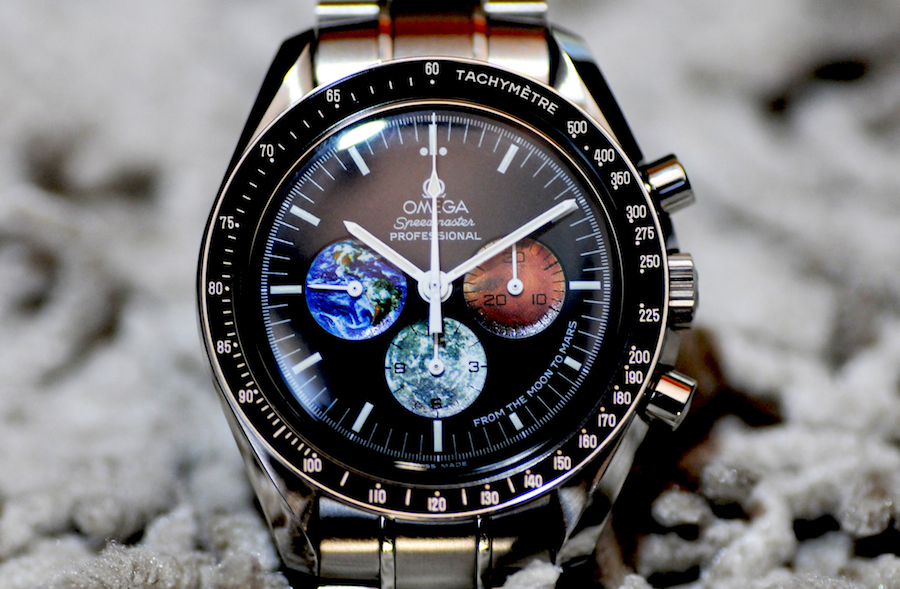 Man has always been fascinated by outer space, there have been all sorts of attempts to explore our own universe and the vast other ones too. In the recent years there have been a lot of developments in the field of space exploration and there is one thing that is on everyone’s mind, which is the colonization of Mars. Whether you are against or for the colonization of the Martian planet you cannot deny the fact that the work being done by scientists is just splendid. The people who consider themselves space nerd and others who are watch enthusiasts have something exciting coming up.

A watch that will go to Mars sounds exciting!

Around midnight EST former engineer and the famous astronaut who became the second man to step on the moon, Mr. Buzz Aldrin, sent out a tweet about a new watch he is designing for Omega. While that may in itself not be very exciting but coupled with the idea that the watch will go to Mars according to him makes it such. This now becomes interesting because we may now have a Mars version of the famous Omega Speedmaster very soon. Another great thing will be that the Mars watch will be designed by the space legend himself. This gesture shows that Aldrin favors the colonization of Mars and is positive that it will happen soon. 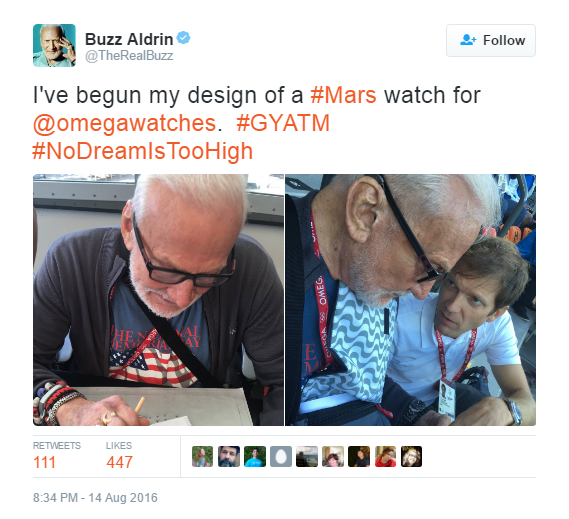 There hasn’t been much detail other than two photos attached in the tweet by Aldrin, about the watch. One of the pictures showed Aldrin discussing something with an Omega official wearing a company card. Aldrin is also seen making sketches of the watch but they are not fully visible in the photos. Other than that his tweet consisted of the hashtag #GYATM. The strange tag became obvious after a little poking around and it translated to “Get Your Ass To Mars.” This was something Aldrin had posted about in March last year. This shows his dedication to the colonization of the Martian land. 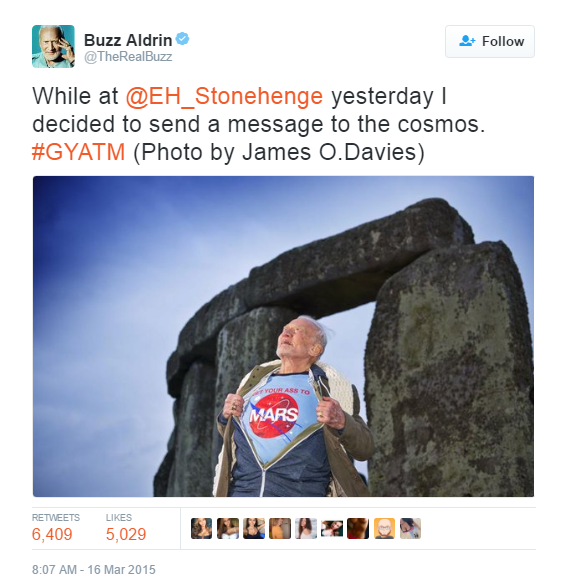 This is really exciting news for space enthusiasts all around and we will keep you updated as new information surfaces. Till then just relax and imagine an Omega Mars Watch version of the Speedmaster. A complete masterpiece which will be designed by the legend Mr. Buzz Aldrin himself. Do let us know what you think about this in the comments below.