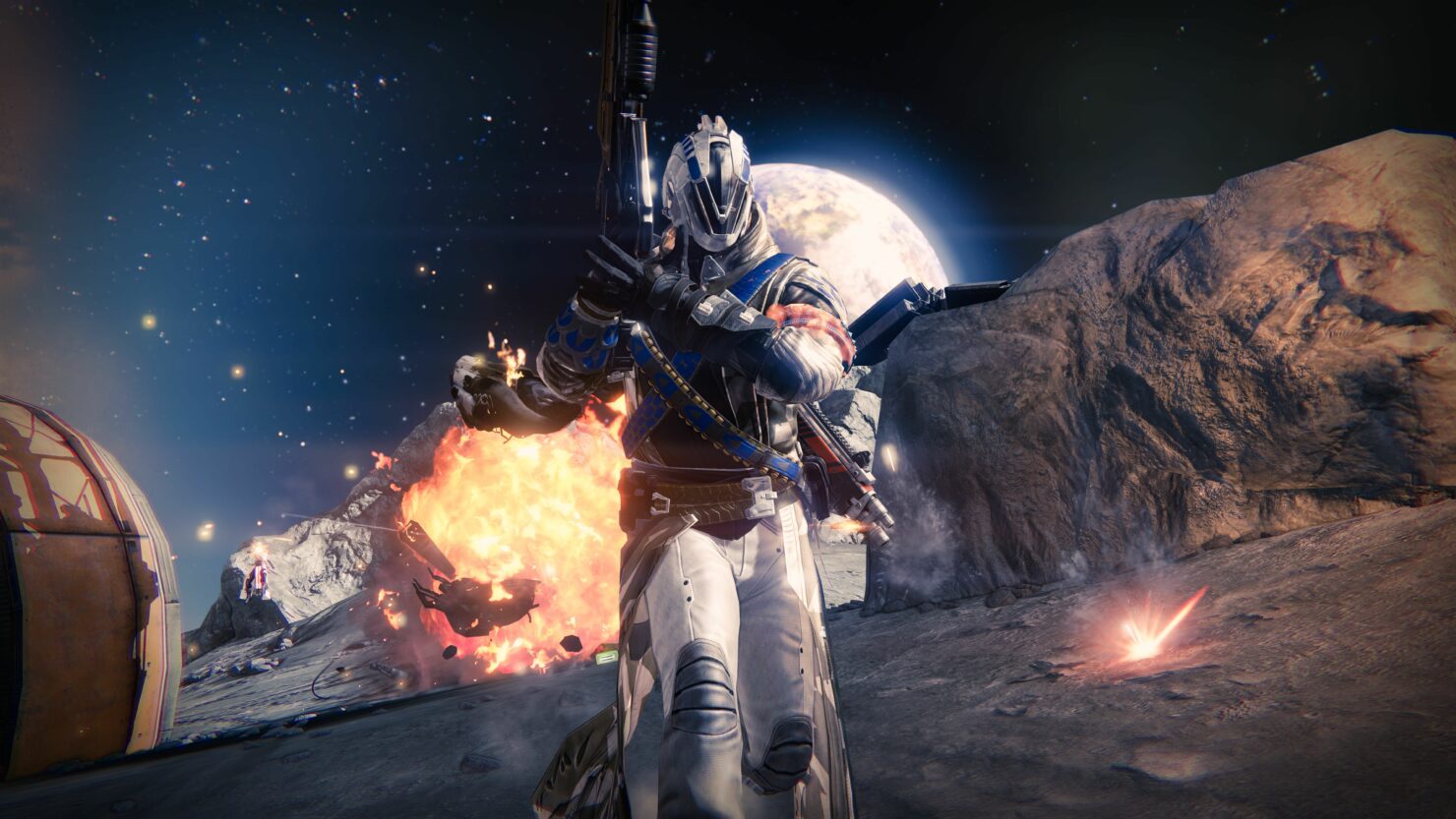 Bungie’s Destiny won’t be taking advantage of Sony’s PS4 Pro anytime soon, but the developer doesn’t rule it out for the future.

Following the recent PS4 Pro announcement, a lot of developer have announced title updates to take advantage of the extra horsepower within the PS4 Pro. Titanfall 2, Rise of the Tomb Raider, Call of Duty: Black Ops 3, and The Last of Us Remasterd are just some of the titles that will support Sony’s enhanced PS4 console. Yesterday we reported on the fact that CD Projekt Red’s The Witcher 3: Wild Hunt won’t be receiving a PS4 Pro update as the studio is working very hard on the upcoming GWENT card game and Cyberpunk 2077.

Don't expect PS4 Pro support for Destiny for the time being

Another studio that currently hasn’t planned PS4 Pro support is Destiny developer Bungie. While many might have hoped for a PS4 Pro update for Destiny, this probably won’t happen anytime soon.

Talking to Gamespot and Attack of the Fanboy recently, Bungie stated that a title update for Destiny isn’t in the works for now, although the studio is “certainly looking at it” at some point.

Question [Gamespot]: "Are you planning on any support for PS4 Pro?"

Bungie: "No, not for Rise of Iron. We're all done. As far as the future... We have nothing to announce today, but we'll certainly be looking at it."

PS4 Pro support for Destiny sure would have been welcome, but we understand that Bungie might be focusing on other things first. Perhaps in the future with the release of Destiny 2..

Destiny was announced back in 2013, and released back in September of 2014 for PS4, PS3, Xbox One, and Xbox 360. The game's beta became the biggest in the console history with more than 4.5 million unique players participating. "“This is the biggest beta of this console generation by a wide margin and the largest console beta ever for a new video game IP to date,” said Eric Hirshberg, CEO of Activision Publishing back in 2014. “Hosting a beta at this scale is an incredible feat, so we’re thrilled to see the phenomenal response. But the beta is just a taste of what’s to come. We’re counting down the days to our launch day, September 9th.”