We finally have some news direct from the top of Intel Managment about the release schedule of Intel Broadwell. This is following the official release of Z97 boards. Intel Broadwell has many enhancements over the current Haswell. It should be kept in mind that Broadwell is not a new micro-architecture series in itself, but a reduced die version of the current Intel Haswell. Apart from a reduced Fab (14nm from 22nm), Broadwell will utilize HT and Turbo Boost 2.0. It will also have 20% more EU's over Haswell, which includes support for DX 11.1, Open-GL 4.2 and CL 1.2/2. We previously informed you in details about new information learned. 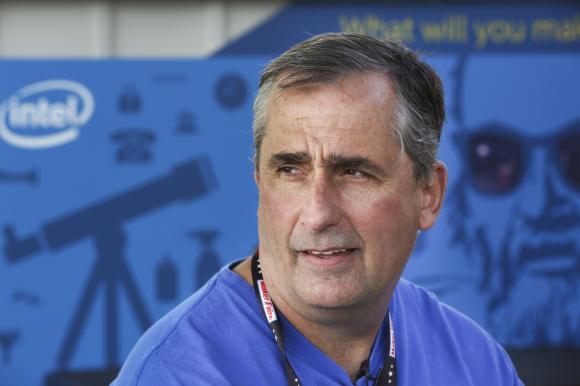 We previously informed about the updates in Broadwell's release map. This was after continuous delays in the entire range. The processors were initially planned to enter mass production in late 2013 Intel was continuously suffering from low yield rates. These led to a higher number of defects, leading to delays. Intel was sketchy on official word regarding its release as well. Intel CEO, Brian Krzanich in Intel's most recent Quarterly call with analysts had given a vague answer saying that chips were expected to be with partners in the 'second half' of this year. Well, he has been more precise this time. In a conference call with Reuters, we will now see products featuring Broadwell at the last quarter this year i.e. this holiday season. "I can guarantee for holiday, and not at the last second of holiday," he said.  This makes the company and it's partners miss the pre-school going season. This is around late August and offers vendors a boost in their sales due to PC purchases for the school season. "Back to school - that's a tight one," he added. "Back to school you have to really have it on-shelf in July, August. That's going to be tough." It should be noted that this window has been yielding lesser returns for PC makers as the years pass.

Intel Broadwell will come with a new integrated graphics system as well as a completely unlocked design. Y series of the processor will have 2 cores and a low TDP of 4.5W. Broadwell will also feature Intel Iris Pro, which also have significant enhancements over the current Intel HD 5000. It will have its own 128mb on-package eDRAM, codenamed ''CrystalWell". This eDRAM is located on a separate part of the die. It enables the Iris Pro deliver 25GB/s + 50GB/s eDRAM bio-directional bandwidth. This table much better explains the significant enhancements Iris Pro has over previous chips.

Intel Broadwell also features an unlocked design. This will allow for more extreme overclocking. Similar to Haswell, it will also feature an chip Voltage Regulator and Power Controller. The U and H variants of the series will also an Extreme Tuning Utility to allow for easier overclocking. With the arrival of Z97 boards on the market, we are all set to test these capabilities of Broadwell. But as pointed out several articles before, the desktop line up won't make it into market till at least Q1 2015 and PC form factors such as Ultrabooks and mobility would be the first devices to make use of the new processors. A previously leaked chart shows the different SKUs we will be looking at with Broadwell generation of processors: