Bluetooth 4.2 is eventually going to be replaced by a new standard called Bluetooth 5, and when it’s expected to get announced next week, it will promise much better performance and efficiency as opposed to what its predecessor brought to the table. Let us see in detail what exciting new changes Bluetooth 5 is going to bring.

Bluetooth 5 Expected To Deliver Four Times The Speed While Consuming Even Less Energy Than Bluetooth 4.2

According to details, Bluetooth 5 will be offering double the speed and quadruple the range of the current low-energy wireless protocol. Executive director of the Bluetooth Special Interest Group, Mark Powell had revealed the news in a published email sent to UK health and monitoring company Blue Maestro. Bluetooth SIG, which is a consortium backed by tech giants ranging from Apple, Intel, and several others will be addressing to the public on June 16 and the location of that announcement is going to be held in London.

While previous generations of Bluetooth were unable to provide extensive support for smart homes and IoT, Bluetooth 5 is going to be addressing those issues, not to mention offering significantly wider support for them. Currently, it has not been confirmed if Bluetooth 5 is going to be updated to devices thanks to a firmware update or will you actually be required to purchase new hardware to view the full extent of its abilities, but we feel that consumers will have to make the switch in hardware in order to see the advanced technology’s advantages. 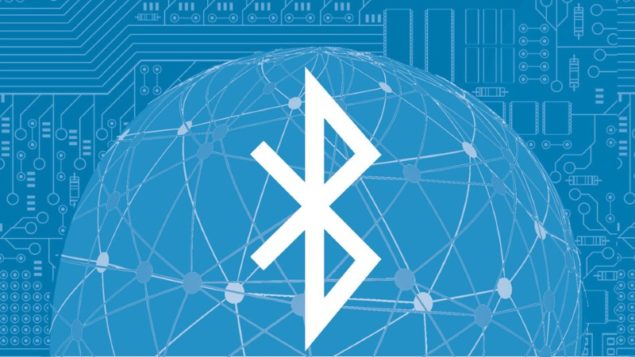 We are mentioning this because previously, Bluetooth 1.0, 2.0 and 3.0 devices were not upgradeable to newer versions of the standard, but Bluetooth 4.0 devices could be upgraded to Bluetooth 4.1 through software patches, so we’re hoping that a similar scenario is experienced by millions regarding Bluetooth 5. During October 2015, Apple added Bluetooth 4.2 support to the iPhone 6, iPhone 6 Plus, and iPad Air 2, which brought in nearly 2.5 times the speed difference when transferring data using this medium.

Bluetooth 5 could also provide a means to users to get better range when they want to connect to their mobile devices seamlessly. The efficiency factor is going to come into play with the upcoming standard and will allow users to get the most out of their music experience in terms of battery life. While Apple has not stated anything, it is possible that the company’s upcoming iPhone 7 and iPhone 7 Plus will come outfitted with Bluetooth 5 modules, but we can only confirm this when the announcement of these devices are officially made during the month of September.