Bloodborne has been extremely popular among the hardcore gaming crowd judging from its twitch viewers.

The game released in North America today, and will be released in Europe tomorrow. Although it has already gathered a huge amount of views on Twitch, beating the popular League of Legends as the most viewed game. 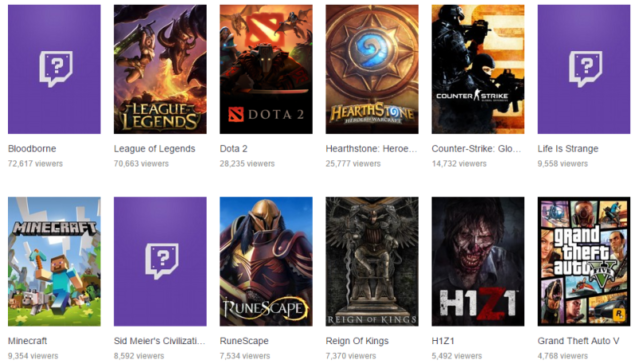 Considering that Bloodborne is a PlayStation 4 exclusive, that's quite an impressive accomplishment.

Below you can view what some of the major publications are saying about Bloodborne:

I want to keep playing, I want to discover its secrets, I want to fight every monster, try every weapon, discuss theories and explore as many of the community dungeons as possible. To put it bluntly, I want to bleed the game dry.

Bloodborne succeeds through sparse storytelling, lush atmospheres (conjuring up notions of the best of Lovecraft’s work), and tight combat that forces you to be aggressive. While this new IP doesn’t stray far from the established Souls franchise, it is a magical, wondrous work that admirably instills both terror and triumph in those brave enough to delve into it.

Between the expansive story, PvP, Chalice Dungeons, the significantly harder new game plus mode, and the countless number of secrets, Bloodborne seems almost limitless. Yet breadth wouldn’t matter if the game wasn’t so captivating. Several moments had us in awe, making us feel things we haven’t felt since the original Dark Souls. Whatever it takes, find a way to join the ranks of the hunters.

Though built on the same core as the Souls games, Bloodborne marks the largest departure from the status quo to date. The numerous changes, many in service of a faster and more aggressive playstyle, might not be for everyone, but if you embrace that shift, you might well have a new favorite in the From Software canon.

While the load times are a pretty big bummer, it doesn't change the fact that Bloodborne's combat is sublime, its challenge is second to none, and its world is unforgettable.

Only Bloodborne would be so bold as to bury an entire factional player-versus-player mechanic within an optional region, which is in turn buried within a series of oblique steps you might miss if you aren't exploring every nook and cranny, or ignore the game's enigmatic hints. I finished Bloodborne in less time than I did Dark Souls II, yet I treasure it more in spite of its few missteps.

Bloodborne is an interesting mix of everything From Software has learned throughout its storied developmental career. Not everything will gel with fans old and new, but for the most part, the shift towards a combat-oriented game is a net positive. From Software is still one of the only developers left that makes you work for your satisfaction, and Bloodborne is damn satisfying.

Bloodborne has released today exclusively for the PlayStation 4 hardware, in North America and a European release will follow tomorrow March 25, 2015. We will bring you any more news on the game as soon as it becomes available. Our review will be coming shortly. You can read more in our previous coverage, here and here.