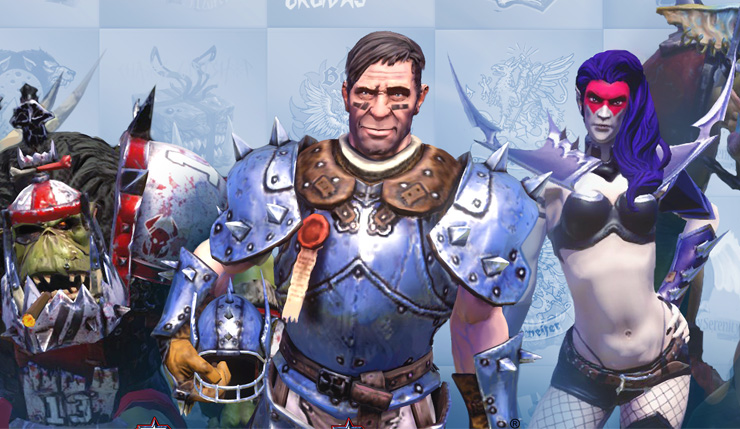 For those unfamiliar, the Blood Bowl franchise mixes up American football with characters and creatures from the Games Workshop Warhammer Fantasy universe. So, in other words, if you enjoyed classics like Mutant League Football, you might be into Blood Bowl: Death Zone. You can check out a trailer and description of the game, below.

Blood Bowl: Death Zone is a fast-paced game of football and violence. Two gamers take direct control of five player teams and battle each other in five minute real time matches. As in American football, the goal of each player is to score the most touchdowns but here almost everything is allowed on the field, not just passing and running with the (moving squig) ball, but also punching the opponent in the face or having a wizard blasting opponents with lightning spells.

The Death Zone challenge is a popular pre-game event among Blood Bowl fans. It pits legendary Star Players, backed by their generous sponsors and the support of four amateur players, against each other. Of course, all races from the Old World are allowed on the pitch and gamers will be able to pick teams of Orcs, Dwarfs, High Elves or even Humans. Additionally, each team is allowed the use a wizard, generously paid for by the team’s sponsor, to blast the opponents and buff the team members.

Blood Bowl: Death Zone is out now in Steam Early Access form. Cyanide promises to add more features and teams during the Early Access phase, which should last “several months.” Any fans of the Blood Bowl board game out there? Interested in this new take on the game?