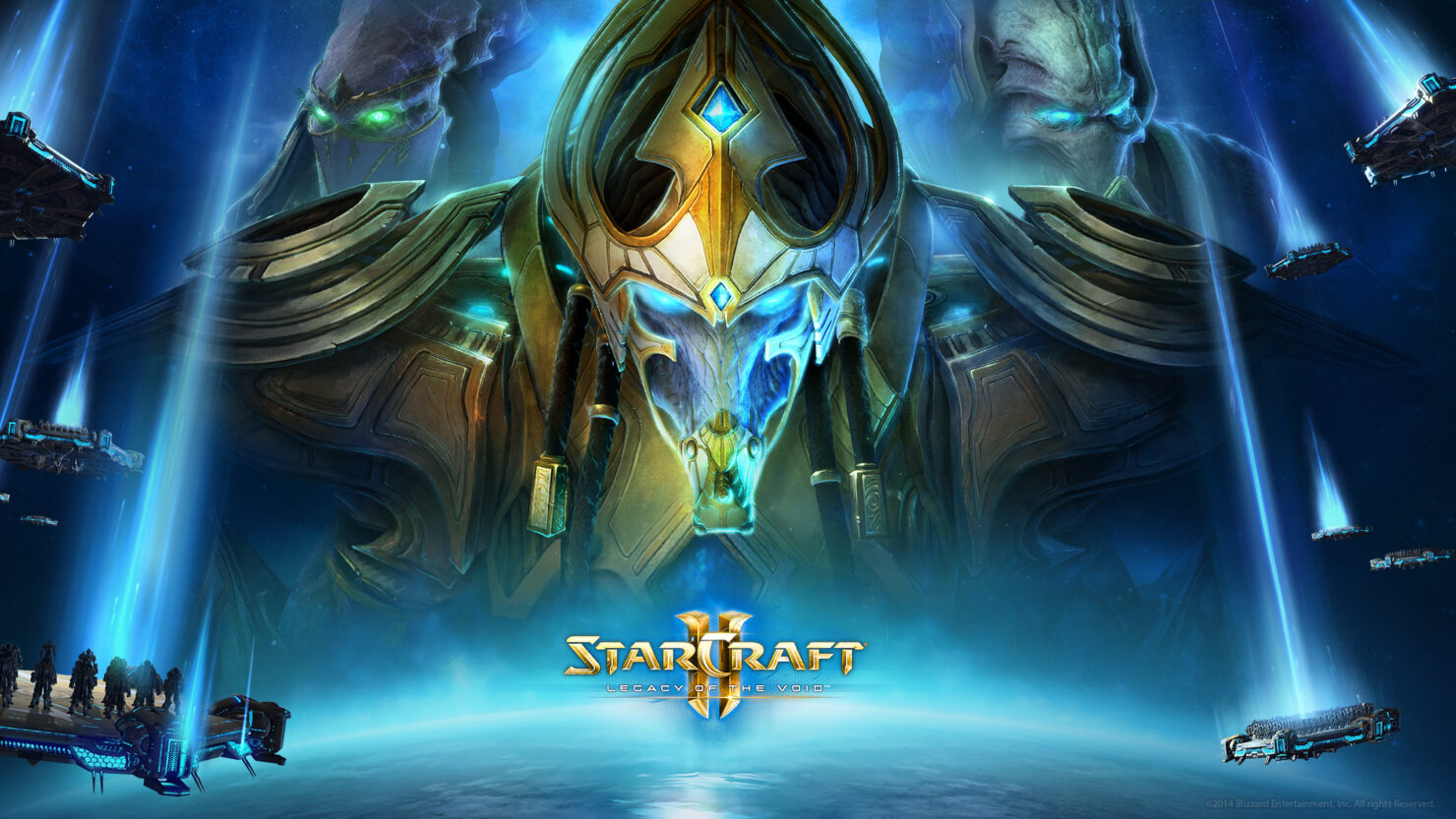 It would seem that Blizzard is surveying interest for releasing Starcraft 2 Paid DLC.

On the Starcraft 2 subreddit, several users report having received an e-mail survey from Blizzard. According to one of the posters, he was asked not to share the survey.  Judging from the Reddit threads, there is more than survey floating around, although both are asking about paid DLC for Starcraft 2.

In the survey, users are asked how they feel towards paying for voice packs, emojis, and unit skins. A deluxe Stalker skin was shown off in the survey, alongside carbot emojis and voice pack for highlord of the Tal'darim, Alarak. The survey also asked about interest in voice packs for Raynor, Alarak, Morgan Freeman, David Kim, Artosis, Snoop Dogg, and several others.

As said, it would seem that Blizzard has sent out different surveys in which the portrait DLC varies. 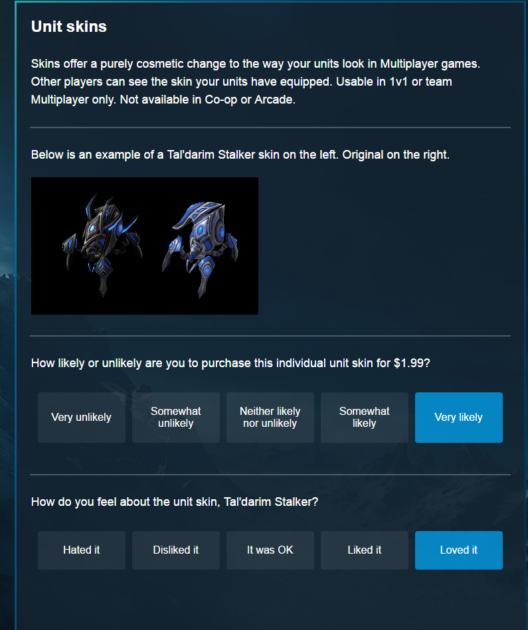 Whether Blizzard will actually introduce paid DLC in Starcraft 2 remains to be seen, but developer surveys are usually a good indication of what might be coming. We’ll keep you updated.

The first chapter of Starcraft 2, “Wings of Liberty”, was released back in 2010. The game’s second chapter, “Heart of the Swarm”, was released three years later.
“Legacy of the Void”, the highly anticipated conclusion to the SC2 saga, was released in 2015 as a standalone product.

“Legacy of the Void will deliver the quintessential  StarCraft II experience,” said Mike Morhaime, CEO and cofounder of Blizzard Entertainment. “The new single-player campaign will wrap up the massive story, and we’re excited to share new game modes that will open up different ways to play the game and additional units that will expand the rich strategic depth of  StarCraft II multiplayer.”