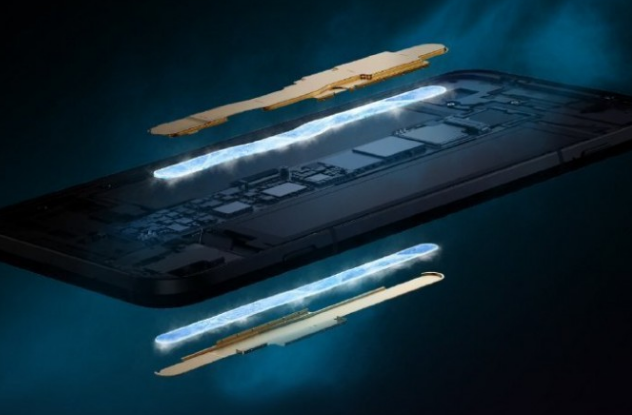 Xiaomi-owned Black Shark will lift the veil off its first 2020 flagship, the Black Shark 3, tomorrow. The phone is expected to come in two variants, and much like a lot of competitors, feature rather outrageous specifications. Thanks to a slew of leaks, we already most is what there is to know about it, and now, a table comparing the differences between the two devices has been leaked. 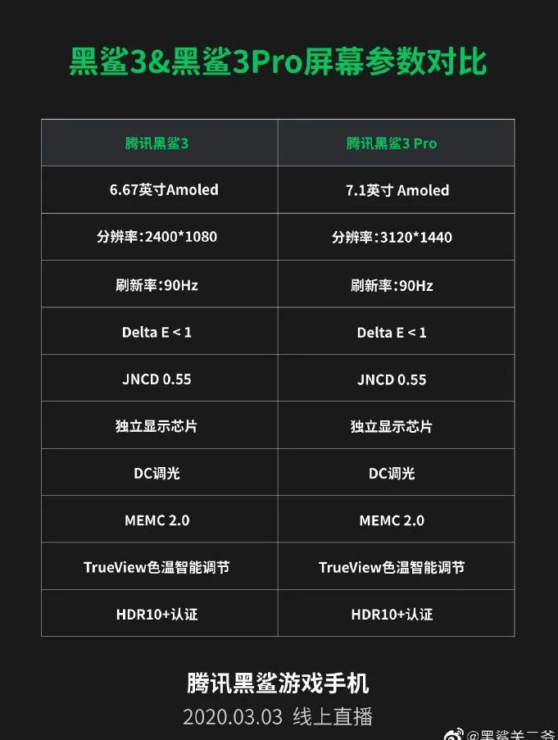 The 'base' Black Shark 3 will come with a 6.67-inch 1080p AMOLED panel, while the Black Shark 3 Pro will come with a 7.1-inch 1440p panel. Both will have a refresh rate of 90Hz, and not 120Hz, as indicated by a previous leak. Black Shark also claims that the screen will be color calibrated out of the box, promising Delta E values lesser than 1. Both displays will be HDR10+ certified and will come with DC dimming, an independent display chip, and MEMC 2.0 with TruView color temperature adjustment.

Black Shark will ship both phones with Android 10-based Joy UI with special gaming features and a Dark Mode. They will also feature a new cooling system that has cooling pipes on both sides of the motherboard. The two phones will also feature retractable shoulder buttons that pop-up from the side.

We already know that both phones will come with a proprietary magnetic connection that doubles up as a charging port. Black Shark 3's battery will be split into two halves, which will be placed on either side of the motherboard. One 'half' of the cell or 2780mAh can be charged in only 15 minutes with its 65W charger.

One of the more interesting features of the Black Shark 3 is that it will let you issue voice commands to some games. In the video above, voice commands let a user perform basic in-game tasks such as marking an enemy's location, reloading a weapon, cycling through your inventory, and more. This feature will likely be restricted to a handful of games, including Tencent-owned PUBG Mobile.

Earlier leaks show a deep partnership between Tencent and Black Shark, and both phones will even come with Tencent branding. We can expect the feature to make its way to other Tencent titles in the future. There is no word about their prices yet. A reasonable guess would be that the Black Shark 3 will start at ~$600 for the entry-level variant, and the maxed-out Pro version could go much higher.