With the release of Modern Warfare 3 drawing closer and closer Treyarch is trying to release a 4th map pack on the XBOX 360 and later on for the PC / PS3 but don't expect any new multiplayer maps, these maps are dedicated for the zombies players community. The map pack will feature all the classic Call of Duty World at War maps and a new one which is called "Moon", this is some great news for people like me who enjoy the zombies mode and never got to play the classic Zombies map on Black Ops due to not owning the hardened / prestige edition. Head inside for more details on the maps and the new map too. 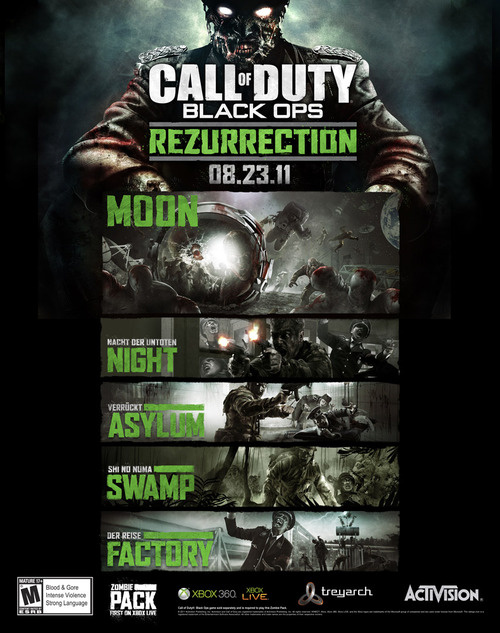 The last Black Ops map pack maybe discouraging for the multiplayer population because Treyarch is working on a complete map pack full of zombies maps ONLY, now this is a real treat for fans of the really fun game mode and features all the classic Call of Duty: World at War multiplayer zombies maps which were exclusive to the hardened / prestige edition of the game, these maps are "Nacht der Üntoten," "Verrückt," "Shi No Numa" and "Der Riese." and as an added bonus there is going to be a new map called "Moon" which as the name suggests means that the zombies players take zombie killing to a whole new level.

Here are some screenshots of Moon: 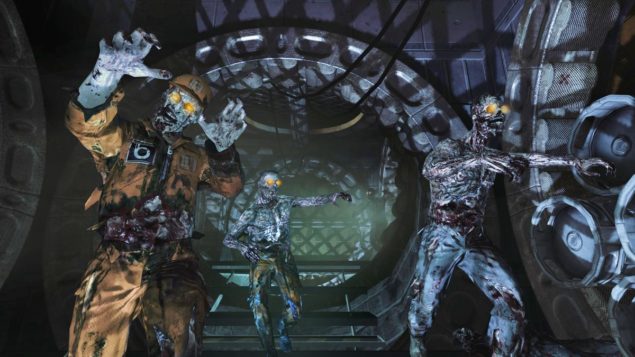 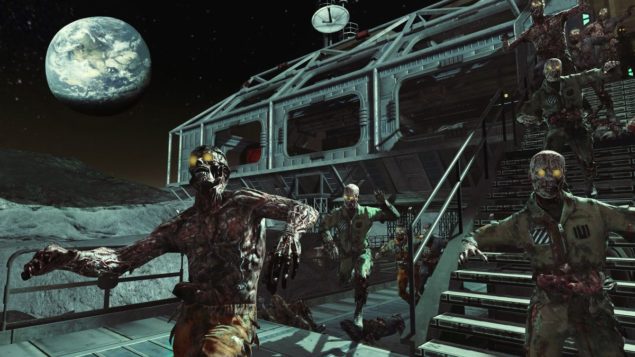 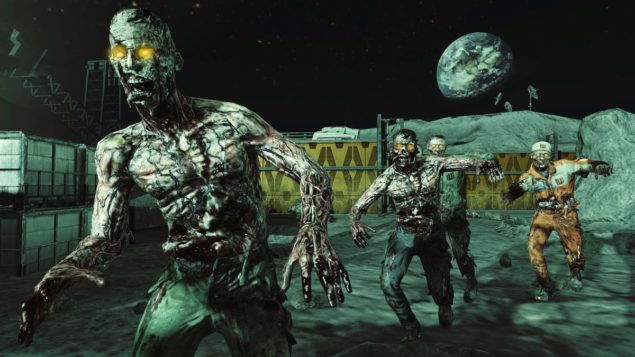 And here is a complete extract taken from the site detailing the maps. The map pack releases on the 23rd of August for the XBOX 360 and a month later for the PS3 and the PC as always.

Lift off into the latest Zombies epic with "Rezurrection," the new downloadable content pack for "Call of Duty: Black Ops," and the first to launch players into space for a new dimension of undead action!

Old school Zombie strategies get blown out of the airlock in "Moon," where armed with new perks and a space-age arsenal of weapons, our heroes must overcome undead astronauts and fluctuating gravity as they unearth conspiracies that began in 1943.

Rounding out Rezurrection are the 4 maps that spawned the Zombie phenomenon: "Nacht der Üntoten," "Verrückt," "Shi No Numa" and "Der Riese."

For our fans that purchased the Black Ops Hardened or Prestige Editions, the entire Rezurrection content pack will be free, including Moon, the four re-mastered maps, the soundtrack and the theme, by simply re-downloading their Classic Zombies Pack.