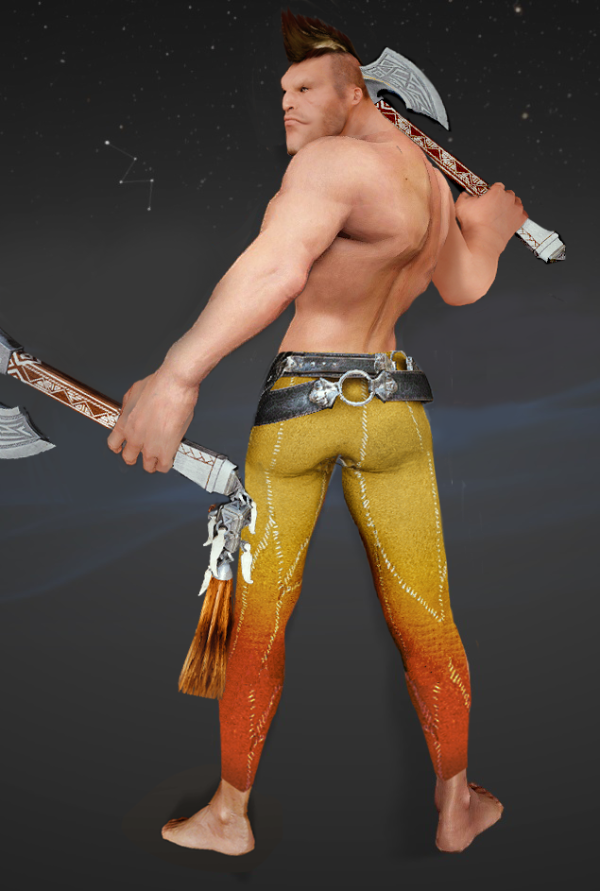 Three days ago, we reported on the controversy surrounding the removal of Tracer's butt pose victory (Tracer is, in case you didn't know, one of the most iconic characters in Blizzard's upcoming FPS Overwatch).

Today is April Fools, as you all know, and Daum Games took the opportunity to take a stab at this industry-wide controversy by releasing a press release that claimed the introduction of butt pose victory animations in their MMORPG Black Desert Online.

The Crimson Battlefield is an instanced 40v40 PvP mode which can be entered in groups of five or individually. When players emerge victorious, their characters will flaunt their buttocks right before the end results screen appears. The new animations are unique to each class and will be available to both male and female characters.

Obviously, it's a marketing ploy to promote the Mediah Expansion released a few days ago. Since we missed that in the news, here's a list of the main features alongside the launch trailer.

Back on the all-encompassing butt pose dispute, though: do you agree with Blizzard's decision to remove it? Vote below and express your view in the comments! Here's Jeff Kaplan's (Game Director of Overwatch) full statement, by the way:

While I stand by my previous comment, I realize I should have been more clear. As the game director, I have final creative say over what does or does not go into the game. With this particular decision, it was an easy one to make—not just for me, but for the art team as well. We actually already have an alternate pose that we love and we feel speaks more to the character of Tracer. We weren’t entirely happy with the original pose, it was always one that we wrestled with creatively. That the pose had been called into question from an appropriateness standpoint by players in our community did help influence our decision—getting that kind of feedback is part of the reason we’re holding a closed beta test—but it wasn’t the only factor. We made the decision to go with a different pose in part because we shared some of the same concerns, but also because we wanted to create something better.

We wouldn’t do anything to sacrifice our creative vision for Overwatch, and we’re not going to remove something solely because someone may take issue with it. Our goal isn’t to water down or homogenize the world, or the diverse cast of heroes we’ve built within it. We have poured so much of our heart and souls into this game that it would be a travesty for us to do so.

We understand that not everyone will agree with our decision, and that’s okay. That’s what these kinds of public tests are for. This wasn’t pandering or caving, though. This was the right call from our perspective, and we think the game will be just as fun the next time you play it.

If it isn’t, feel free to continue sharing your concerns, thoughts, and feedback about this and other issues you may have with the game, please just keep the discussion respectful.