BitFenix have posted a pic on its Facebook page showcasing the Shinobi XL and Raider PC Chassis along with two other unnamed cases. The cases were spotted at the IT Partners 2012 event held in France, One of the cases would be Mid-Tower while the other features a Mini-ITX Form Factor. 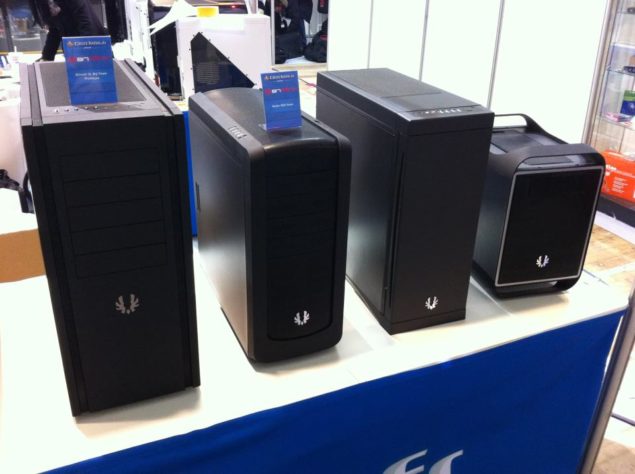 The Mid-Tower case features a Matte Black SoftTouch Finish, Internal Specs are unknown. From the exterior, We could see that the case supports two fans at the top which has a mesh design, The Front Cover hides the storage bays and bears the BitFenix emblem at the bottom.

Details on the Mini-ITX were given out by a BitFenix Representative over at OCUK Forums. Here's what he had to say about the new case:

Did you ever want a mini-itx chassis that fits a 240mm radiator on top, long VGA cards up to 33cm and CPU coolers up to a height of 18cm?

If so, I may have something for your very soon!

The new lineup from BitFenix would hopefully be announced at CEBIT 2012, Follow the Facebook Link of BitFenix for more info are head over to the Homepage here.

We Built A $2200 Gaming PC In The BitFenix Shogun