Bioware, at this years Bradford Animation Festival showed off the first Dragon Age III screenshot which would be powered by DICE's Frostbite 2.0 engine. The image was captured by a Eurogamer over at the festival.

BioWare's art and animation director Neil Thompson praised the technological advancement in-game graphics have achieved with the latest Frostbite 2.0 engine. Neil also demonstrated how video game art has progressed throughout the years by first showing a screenshot of Space Invaders, then two images of Mass Effect 3 and then the very first Dragon Age III screenshot.

Although the screenshot was a bit blurry, Bioware did mention that higher res images would be provided soon. The screenshots however were also showcase at PAX 2012 with the same green valley being shown in the background. You can check them out below: 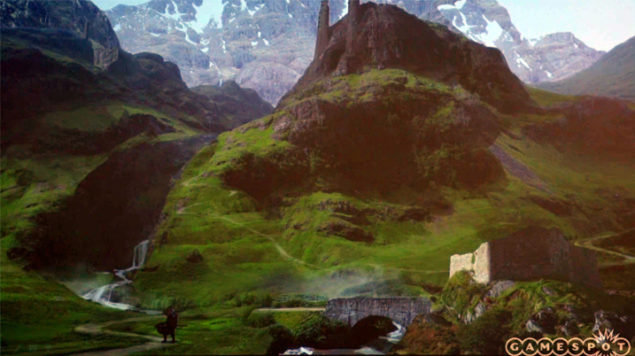 Overall, Dragon Age III: Inquisition is a game im really looking forward to, also Frostbite 2.0 is powering another Bioware game in development, the next Mass Effect is going to benefit from the engine. Although in early stages of development, Executive producer of the game has already asked fans about their ideas on the new game story. Bioware Montreal's Yanick Roy mentioned the use of Frostbite 2.0 in his blog post and said:

“The other thing I can tell you Is that, while it will be very respectful of the heritage built over the course of the first three games, with the original trilogy now concluded and the switch over to a new engine, we are exploring new directions, both gameplay and story on the fronts.

“You can still expect the pillars for the deductible is known to be fully intact though, including diverse alien races, a huge galaxy to explore, and of course rich, cinematic storytelling.”

The new game would feature a new character instead of Shepard (Protagonist of the original Mass Effect Trilogy) and would launch sometime in 2014, Dragon Age III would hopefully arrive next year.