[Editorial] Something very interesting has just occurred in the less-lit areas of the Gaming Industry. Bigfish Games, a major gaming provider (for a very select niche of games) is prepping to start accepting Bitcoin Transactions. For Bitcoins this is a very significant event in its history, it has already received a blow from Mt. Gox's fiasco and this will not only strengthen Bitcoin but could bring about a revolution in the Gaming Sector as well. 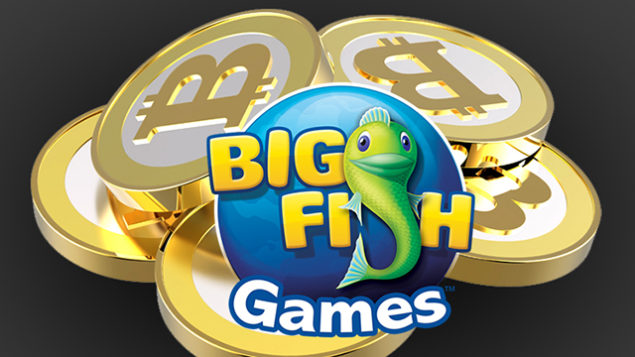 Its worth nothing here that other Game Providers have dabbled with Bitcoin, but none of them have ever opted for a mainstream implementation. Bigfish Games is teaming up with Coinbase to set up a pioneering system for Micro-transactions across its 3000-strong Games Library. Unless you have been living on the moon, you would know what Bitcoin is; but if you don't, Bitcoin is basically a virtual currency. It is decentralized and usually completely anonymous. Bitcoin has been shrouded in controversy and then some, since its inception. However the strength of any currency lies in its owners using it to transact and to buy goods and services. Simply hoarding Bitcoins and selling them for profit, will lend it no more strength. This is why this news is just as important for the Bitcoin Community as it is for the Gaming Community.

“This is not a test,” says Paul Thelen, CEO and founder of Bigfish Games, “We are excited to offer this new payment method to the nearly 105m annual game players that visit our game app store, with the reassurance that Big Fish is working with Coinbase, one of the most secure and reputable companies in the bitcoin industry.” And Indeed, if this venture is successful, I see other gaming providers following suit too, although the big players won't step in till the process has had time to mature. Interestingly Coinbase would reduce the transaction fee by switching to Bitcoins. The Co-Founder of Coinbase said in a statement: “Our partnership with Big Fish is our first with a game company merchant, and not only signifies the growing adoption of Bitcoin across major industries, but also the future of small purchases on the internet.”

You have to realize that the actual problem of Bitcoin, which is currently trading for 623.5 USD apiece, is that it has no Intrinsic Value as such. You can not hold it in your hands, you cannot touch it, it is not tangible. But then Bitcoin Critics would argue, so is paper currency, which is pegged to the Government. The fact that Bitcoin is still on an uphill trend after the Mt. Gox fiasco indicates that it might just become a global currency after all. And I will tell you this, the day, the likes of Steam and Amazon start accepting Bitcoins, will be a day to go down in history.