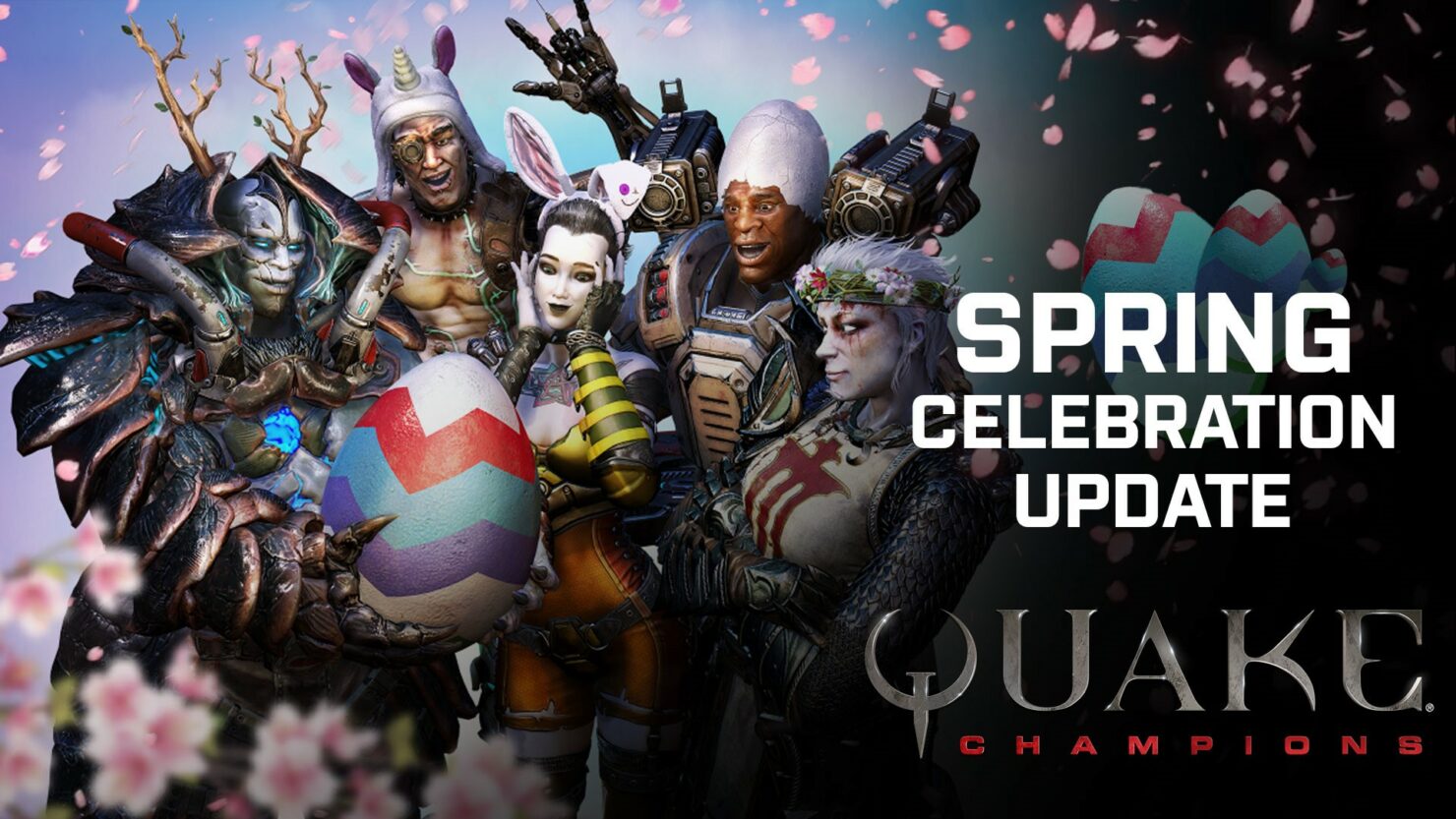 In addition, the Scalebearer pack is being introduced which offers instant early access to the game for $4.99 USD. This pack is available as of today through Steam and Bestheda.net, and includes the following:

As said, the March update for Quake Champions adds new modes to the game, including the fast-moving INSTAGIB mode, a 2vs2 team deathmatch ranked mode and a 'no abilities' mode.

INSTAGIB – The fast-moving, gib-tastic classic hits Quake Champions, introducing a fun, fast and casual game where every shot is a guaranteed frag. Players will start each match with the only weapons available – the Rail Gun and the Gauntlet. There are no weapon, health, armor, or power-up pickups. Champions still have active and passive abilities, so one-shot grenades from Keel and insta-kill totems from Galena add to the flesh-chewing madness.

2v2 TEAM DEATH MATCH RANKED MODE – It’s like Duel mode, but it’s 2v2. Players can team-up with a buddy and face off against other dynamic duos from around the world, strategising Champion and Ability combinations that will push them to the top of the global leaderboard.

New cosmetic items are being added through this month's Quake Champions update as well – the Spring Cosmetics. These items allow players to outfit Champions and weapons in a colorful collection of happy pastels and floral patterns. Spring-themed profile icons, nameplates, and festive headwear, including a unicorn hat, bird’s nest, and more.

Quake Champions is currently on Steam Early Access and is slated for a full release on PC later this year.