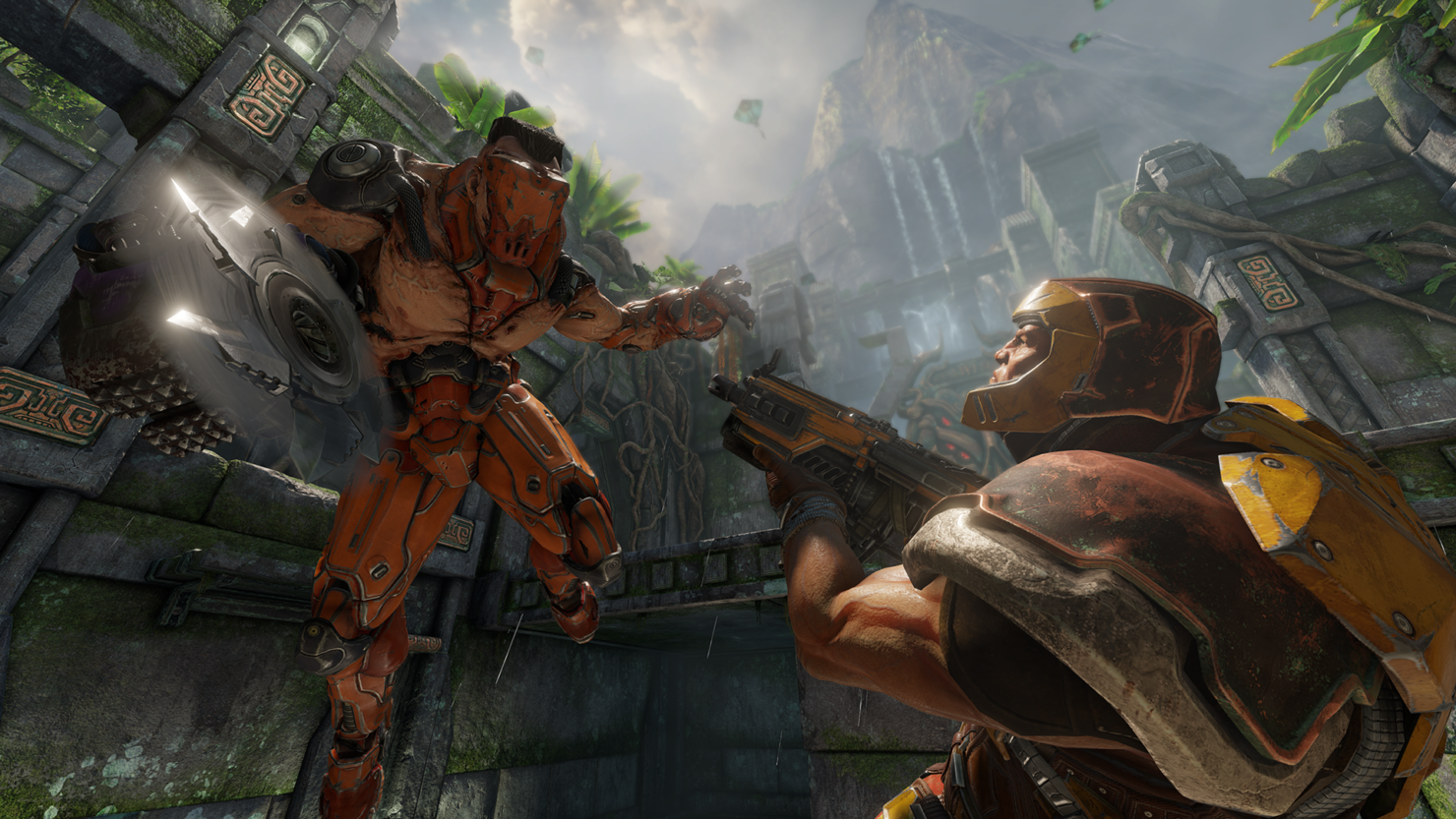 Quake Champions might not have come out looking as shiny as some of the other AAA titles that were unveiled at this year’s Electronic Entertainment Expo, but the fact that Quake series is making a comeback with a brand new title after almost a decade is itself enough to fill all the fans with excitement . What is unfortunate, however, is the fact that only PC players will get to enjoy all the first-person shooter fun that Quake Champions has to offer. This is because there is no console in the market right now that supports Bethesda’s “vision” for Quake Champions.

Quake Champions Isn't Coming to PS4 and Xbox One Because Neither Support Bethesda's "Vision" - "This is Full Stop a PC Product," Say's Pete Hines

Bethesda has said it before, but this time, there is a tad bit of new information. "There is not a console that supports our vision for [Quake Champions]," the studio’s PR vice president Pete Hines told GameSpot at QuakeCon 2016 while taking about why the game isn’t coming to PlayStation 4 and Xbox One. Of course, the game may come to consoles at some point, but as it is clear from Hines’ statement, it is not going to happen on the current eighth-gen systems. He said:

"You know, Quake Champions, maybe anybody else would've been like, 'No, you have to do it, and it's got to work on every platform.' We were like, 'No, it's a PC-only thing. It's this kind of game. It's got to have this kind of performance, and it's going to be on PC full stop.' We feel very comfortable in making those calls.

"I guess theoretically there's a chance [it could come to consoles]. Who knows what future consoles look like? But this is full stop a PC product: 120Hz, unlocked frame rate. That's the experience we want folks to have."

Hines also commented on the upcoming systems from Sony and Microsoft, currently known as PlayStation Neo and Project Scorpio, saying that the American game developer/publisher is a big fan of powerful, robust hardware. However, it is still too early to say anything about them. The kind of impact it will have on development is yet to be seen.

Quake Champions is expected to release exclusively for Windows PC; a release date is yet to be announced. The game will be the first main entry in Quake series since 2005’s Quake 4. Studio director Tim Willits, after taking the wraps off the first-person shooter at Bethesda’s E3 2016 press conference, stated that the game is meant for new players, but it has also been designed to deliver the challenge and competition that 20-year Quake veterans are familiar with.