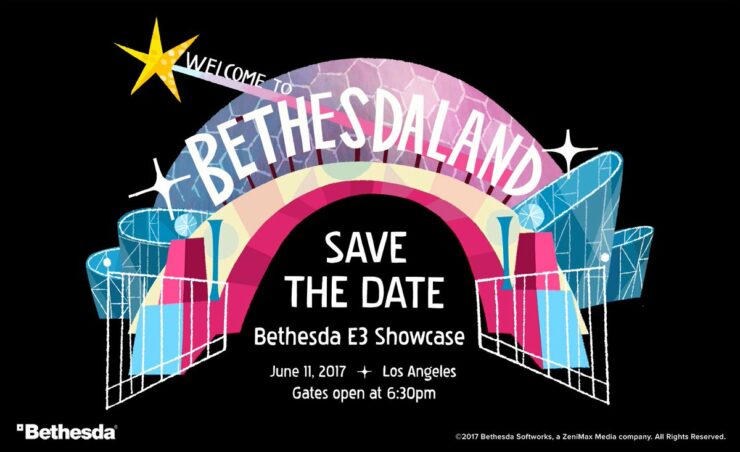 Bethesda has officially announced its ‘Bethesdaland’ E3 2017 showcase, which will take place on June 11.

The publisher already set the date for its own E3 briefing back in February following Microsoft’s E3 2017 conference announcement, but has now given its event a proper name – Bethesdaland.

Bethesdaland will take place on June 11 in Los Angeles and gates will open at 6:30 pm. More info on how to obtain a ticket for the event will be announced soon according to Bethesda’s official tweet.

The publisher organized its first own E3 briefing in 2015. It’s unsure which games will be shown off at this year’s briefing, but we’re guessing that Bethesda will show off the upcoming VR version of Fallout 4 and Doom.

We’ll keep you updated as soon as we learn more about Bethesda’s E3 2017 schedule.