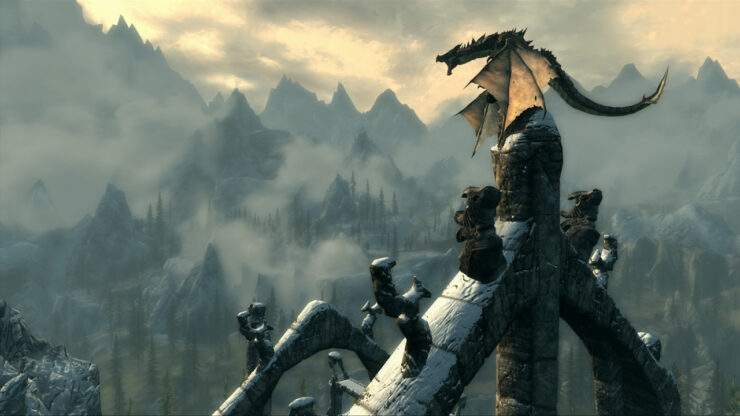 The E3 2016 is right behind the corner, and, as it happens every year, there are plenty of rumors circulating online about titles to be announced and new hardware to be revealed. Most of these rumors end up being fake, as they come from unreliable sources, but some very interesting new rumors have emerged online thanks to a well known insider.

In a recent podcast with MrMattyPlays, well known industry insider Shinobi602 has talked about a variety of E3 2016 topics. One of the more interesting facts that he has revealed is that Bethesda will announce a new remaster. Details are scarce, but there's a very good chance that it will be a remaster for the popular The Elder Scrolls V: Skyrim.

Shinobi has also talked a bit about what to expect from Microsoft's E3 2016 conference, which is going to be 90 minute long, as revealed by Phil Spencer a few days ago. According to Shinobi, not only Microsoft will be showing new hardware, as reported recently, but also a Capcom Xbox exclusive game will be revealed during the conference. With rumors talking about the development of Dead Rising 4, there's a good chance that this is the game that will be revealed.

Shinobi also covered some other topics, but wasn't as clear as most would have liked. He seems to know about the rumored Red Dead Redemption 2 and the Sucker Punch developer Spider Man game, but he neither confirmed nor denied both titles. He did confirm that a Prey Reboot developed by Arkane will be revealed during Bethesda's conference.

Even though Shinobi is a reliable source, we must take all this with a grain of salt until official confirmations come in. As the E3 2016 is not far at all, it won't take too long to learn if Shinobi was right on these matters.