Today we have taken a look at best budget options for the best gaming PC Under $700 and using our PC Builder Tool as a rough guide and the knowledge of the hardware team we have decided to bring you the best budget build at this price point, especially since prices on GPUs and SSDs have significantly lowered.

In this build, we will be going with a balanced Ryzen and Radeon system, with the aim of some future proofing while still being very focused towards gaming performance to get the best out of a Gaming PC Under $700.

We decided on the Ryzen 2600 due to its current price, and the fact that I am actually reviewing it right now and found it to be impressive for its budget. It also still allows room for productivity, multitasking, and streaming if the mood hits right.

It comes with a decent stock cooler, though I wouldn't recommend overclocking past 3.6-3.7GHz on it since it is only a Wraith Stealth. At 1080P you should see solid performance and very rare instances of it being CPU bottlenecked with the GPU we chose as well as future hardware when fewer games are lightly threaded if the trends continue as they have the past few years.

The card we have listed has a core clock of 1.37GHz and a Memory clock of 8.1GHz, meaning it should be able to handle 1080p 144Hz gaming well and maybe even 1440P 60Hz depending on the games and settings. It also comes with a backplate, which makes it a decent value at Amazon for $250

As for the motherboard, this is probably the place I skimped the most on, and if you planned on upgrading the CPU one day, would probably recommend you save up a bit more and buy one of the better boards at the $80-110 range, but it will work out of the box at stock speeds and some slight overclocking shouldn't be too much of a problem on the Ryzen 5 2600, though I wouldn't push it past 4GHz. Sometimes sacrifices have to be made for great gaming performance at a price of $700

It supports up to 64GB of RAM with 4 Dimm slots, has 8 USB ports on the back and 4 SATA ports. While it might not have the best VRMs out there, it will get the job done for this build, and at $50 it is an absolute steal!, however make sure you purchase it from Amazon as they are Ryzen 2000 series ready from Amazon with all of the bios flashed to work on second gen Ryzen CPUs.

The choice of memory was an easy one, as it's the cheapest kit at 2800MHz and is made by G.Skill one of the top brands in memory. RAM speed is especially important in Ryzen powered systems as the CPUs Infinity Fabric (How the cores share data to one another) is directly tied to the rated speed of your RAM, The speed you should ideally aim for is 3200MHz and above, though for bang to buck performance 2800MHz still maintains a solid value, as higher speed kits are just a bit too far out of our budget in this build, though those who would like to spend the extra few bucks can pick up this kit on Newegg for $95. 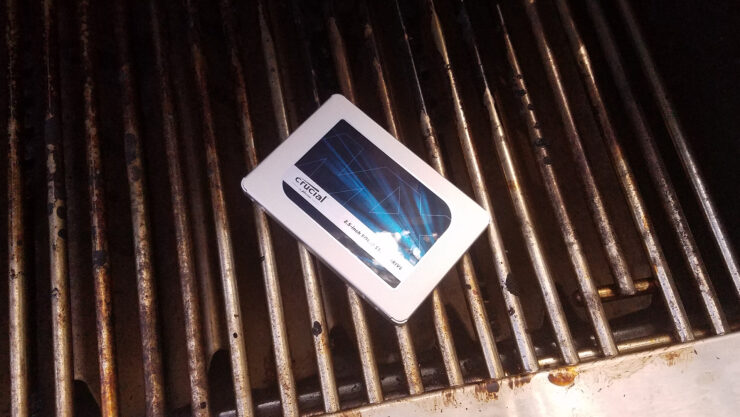 For Storage we're going with a single 250GB SSD, frankly that much storage probably isn't enough for most gamers, but its enough to get started and using Windows 10 without an SSD is an absolute nightmare. The MX500 is one of the best 2.5-inch drives on the market and will stay that way for the near future. While this model will be slower than the one I reviewed, all drives of this space capacity will be slower than their larger brothers due to the way SSDs work.

For the question of capacity over speed, I decided it's much better to have solid performance, to begin with and buy a hard drive a bit later on since they've gotten so cheap. The 250GB drive is $60 while the 500GB is $90, so again if you're willing to squeeze a bit more into your budget I would recommend taking a look at that capacity as well, though 250GB should be more than enough to get a few games and your install of Windows.

The P300 is one of the best cases in the budget space, giving high-quality build, tempered glass, and Phanteks design to the sub $70 price point. I'm actually in the process of reviewing one as we speak and noticed this case was just in our budget. It gives room to grow for those looking for a first build, or budget focused build. It isn't the best case in the world, nor should it replace cases in the $100+ price points but does really well compared to the likes of NZXT's old S340 and other cases in the $70-50 price points.

Finally for the Power Supply, I decided on the EVGA Bronze series PSUs that are able to supply 600 Watts, this isn't a lot but our total system power consumption should be under 350 watts at full load for this Gaming PC Under $700.

EVGA has made a good reputation on making solid power supplies in the budget space and very good power supplies on the top end. With the Phanteks P300 having a dedicated chamber for the power supply, the fact that it isn't fully modular isn't an issue.

This Best Gaming PC Under $700 should be used to target between 1080P 100 FPS+ to 1440P 60FPS at higher settings. You could save some money and go with a 4GB variant of the GPU if you only plan on 1080P gaming, though the higher VRAM does help in the longer term and for possible future upgradability. The Ryzen CPU will be nice for any streaming, or productivity work that you do plan on doing and its single core performance will still remain solid.

For a build like this there are some sacrifices to be made for the best performance, and you can be sure to take a look at any personal changes as this build is sort of a one size fits all type, also make sure to use our PC builder tool for builds priced inbetween!