One of our readers (Vladmir Lenin) stumbled onto what is probably the first legitimate benchmark of the AMD Fiji GPU. The benchmark hosted CompuBench tells us about the compute performance of the Fiji XT flagship. Related gaming benchmarks conducted in were also found but I think its worth noting that they cannot be completely relied upon given the inconsistent nature of GFXBench's Manhattan tests. 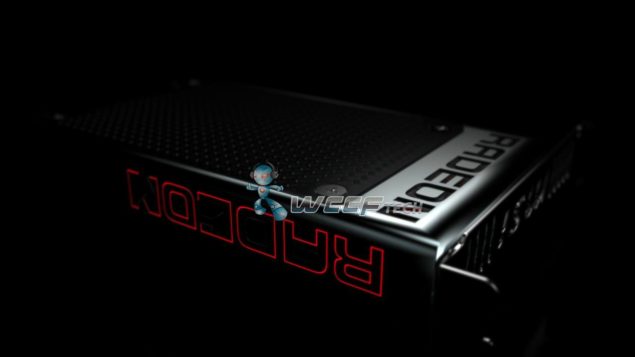 GFXBench and CompuBench are one of the most reliable and most authentic sources of benchmark leaks on the internet. The fact that the suite stores hardware information taken directly from the GPU makes distinguishing fake benchmarks from the real stuff, a piece of cake. Today we have here with us the Compute performance of the AMD Fiji GPU. The relevant CompuBench entry can be found here. This synthetic OpenCL performance tests show the AMD Radeon R9 Fury X (the alleged name) beating out Nvidia's GM200 powered TITAN-X in majority of runs. Without any further ado here are the benchmarks:

Now as you can see in the three benchmarks shown that the Fiji GPU beats out the flagship TITAN-X graphic card on not only Ocean Surface Simulation but Optical Flow as well. The card loses (badly) in the face detection test but its worth noting here that face detection is a very driver dependent test unlike the fairly straightforward simulation tests. It could be that driver changes fix this or it could be that the test doesn't like the current implementation of GCN. The specifications of the GPU are also given, indicating that this card is indeed Fiji:

The maximum compute units given is 64, from which we can conclude that the Fiji die does indeed have 4096 stream processors. We also know that this particular prototype was running on a core clock of 1000 Mhz. Clicking on gaming performance, I was able to find gaming benchmarks of the AMD Radeon Graphic Processor. However, as our readers are probably aware - the GFXBench OpenGL based tests are unreliable at consistently predicting gaming performance. But I am also sure they would like to take a look regardless so the GPU score and a TITAN-X comparison is given below:

The Fiji based AMD 'Fury' graphic card scores an approximate 102.2 FPS as compared to the TITAN-X which scores 137.7 FPS. The Fiji die is (according to this test) roughly 25% slower than the TITAN-X. Sadly, only the Manhattan test was conducted so we don't really have another frame of reference to be able to gauge how much of this is driver/incompatibility issue, and how much of this is real performance. Please do note that even though the Manhattan test is usually unreliable, there is a very significant possibility of this being close to real world values. In any case, I am pretty happy with the compute side of this leak Not to mention this is one of the first authentic benchmarks of Fiji.

Bayonetta 3 Sees Jennifer Hale as the New Voice of Bayonetta