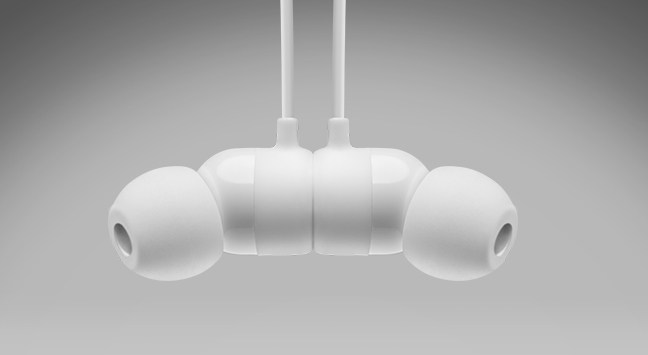 Recently, we got to know that BeatsX headphones were to be launched sometimes this week after they suffered from a prolonged delay. While originally announced alongside the iPhone 7 and iPhone 7 Plus, they were given a release day in the fall. Apple's AirPods and the similar Powerbeats 3 were recently launched, while BeatsX were expected to be launched in February. Now BeatsX are officially launching this Friday, February 10. Let's dive in to see some more details on the matter.

BeatsX To Officially Launch On February 10

Yesterday, the rumors of a potential launch of the earphones were surfacing followed by an increased activity on Best Buy and Apple's online listing for the ear pieces. In addition to the launch day confirmation, CNET also reports that two new colors of the BeatsX are also coming after the launch. The colors to be introduced after the launch are gray and blue. So if you're interested in getting your hands on the new colors, you will have to wait for some time after the launch. At the time of launch, you can buy the black and white color in BeatsX.

The news came yesterday from a site which is well known for tracking Apple products in the inventory. Moreover, the site also takes into account the availability of those Apple products. The site could have possible tracking systems in place to see the changes happening at the back end of Apple's retailer website such as BestBuy. Hence the notion was coined that BeatsX were to be released some time this week.

While the French reseller Fnac pinned the February 10, other resellers like Fry's Electronics believed that BeatsX could launch later in the month, giving a potential release date of February 20. Nonetheless, we're glad that the official announcement has arrived and users can now buy the earphones soon.

The earphones are incorporated with Apple's recently announced custom W1 chip that ensures faster connectivity. In addition to this, it also makes the pairing process easy as all you have to do is power the BeatsX on near the iPhone and they will connect automatically. One major difference that the earphones have compared to the Apple's AirPods is that the two ear buds are inter-connected with a wire, while the AirPods are truly wireless with individual ear buds.

This is it for now, folks. What are your thoughts on Apple announcing the official release date of BeatsX? Are you interested in getting your hands on the new colors? Share your thoughts in the comments.