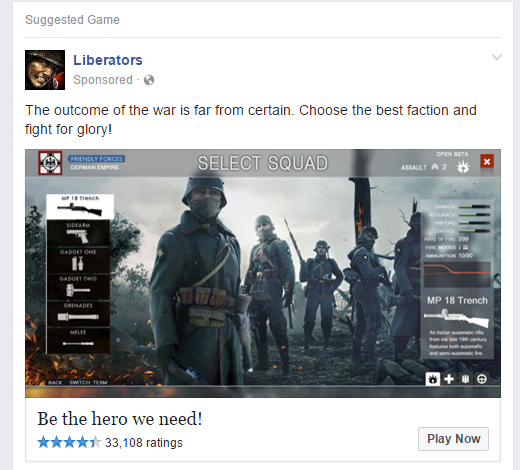 An unfortunate instance of false advertising has come to our attention. Battlefield 1 is debuting today for those who have pre-ordered the Early Enlister Deluxe Edition (by the way, the companion app for mobile devices is already out) and it looks like developer Mutant Box (with headquarters in both London and Hong Kong) is looking to cash in on the hype in a despicable way.

As you can see in the image above, they have been promoting their Free-to-Play browser strategy game Liberators by exploiting a Battlefield 1 screenshot in a Facebook ad. Anyone who played Battlefield 1 at least once will instantly recognize the game's signature squad selection menu.

Sadly, this is not the first instance of false advertising for Liberators. The game also previously used War Thunder artwork in another ad, as you can see below. 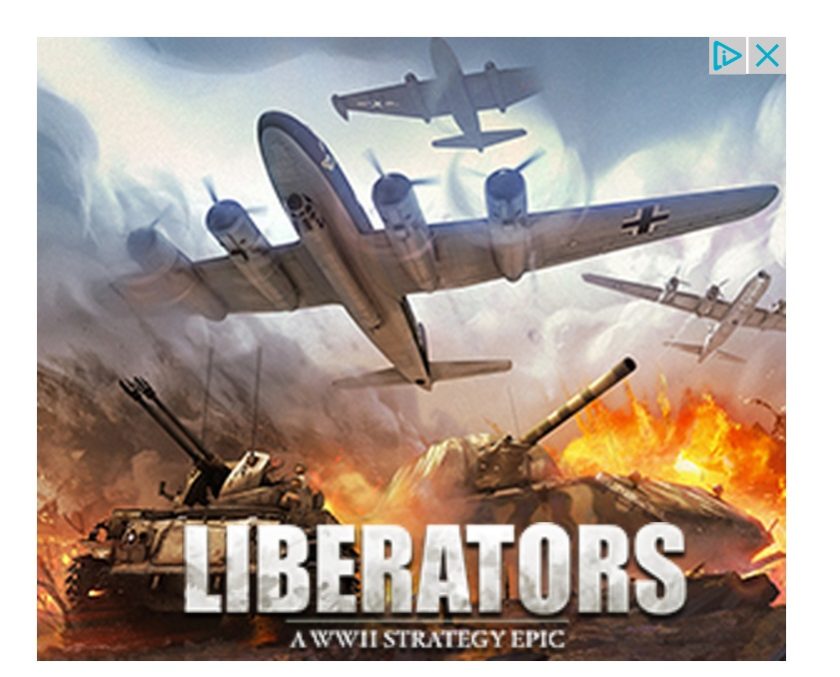 There are even reports of Mutant Box using trailer footage from Hearts of Iron IV and a screenshot from Heroes & Generals. They're not the only ones doing it, of course, but hopefully increased awareness will help tone down these instances of false advertising throughout the industry.