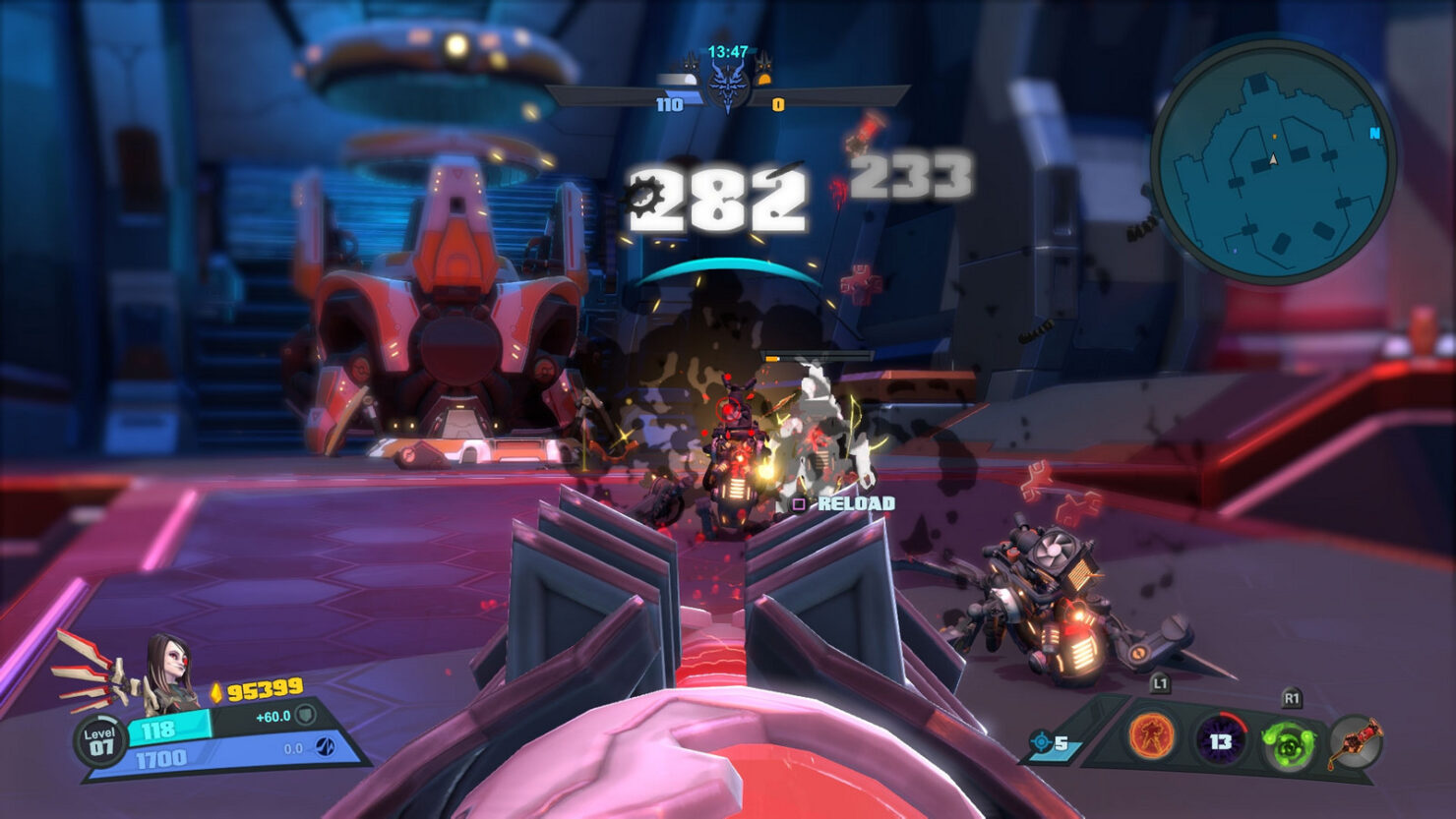 The Battleborn Winter update is being deployed as we speak, and was detailed on the official PlayStation blog earlier today. Down below you’ll find the patch release notes:

Like many of you, we are technophiles who love to support new hardware and technology when it benefits our players. With this update, you will experience performance enhancements across the board. Every map, mission, and mode has been touched to improve optimization, with a particular focus on the 4K capabilities of PS4 Pro. On PS4 Pro, Battleborn can now run at 1080p at 30 frames per second, 1080p at up to 60 frames per second, or gorgeous 4K at 30 frames per second. Needless to say, this update is an absolute game changer.

The performance and visual improvements aren’t just for PS4 Pro. Improvements and optimization all around means PS4 players now have a new option to run Battleborn at 1080p at up to 60 frames per second. The universe may be disappearing into the void, but it has never looked this good!

What else is new in Battleborn with this update? Tons! If you haven’t played Battleborn in a while, or just picked it up during a holiday sale, now is a great time to get back into the game. Keep reading to see what else is coming in this massive update and everything else that’s been released since Battleborn launched in May. 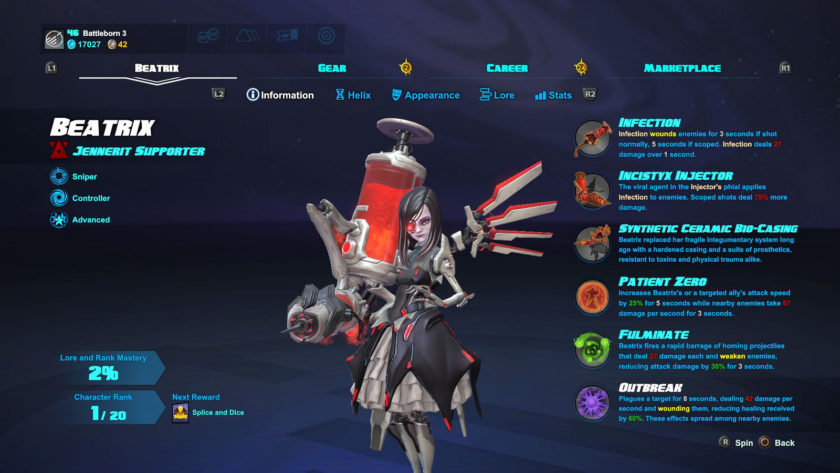 Early access to the 30th Battleborn hero begins today for all Season Pass and Digital Deluxe holders! Precise, deadly, and obsessively hygienic, Beatrix wields a massive syringe arm to spread debilitating debuffs and disease. A master at manipulating life, her prowess for science combined with her Jennerit ruthlessness makes her one extremely qualified, and extremely dangerous physician. Beatrix officially launches for all Battleborn players on January 26.

Be advised: Battle School is not for chumps! Fall in line with the Battleborn as Oscar Mike takes you through the ringer in the third Story Operation, “Oscar Mike vs The Battle School.” Dodge death, complete objectives, and fight your way through rigorous combat. Each DLC Story Operation comes with the Season Pass and Digital Deluxe edition, or can be purchased individually in the Battleborn in-game Marketplace.

That’s right, 25 badass playable characters, no waiting! With this update, the core 25 characters will be unlocked for all players after completing the Prologue.

Build up your skills before hitting the battlefield in two new training modes: Incursion Tutorial and the Dojo!

Incursion Tutorial: Hone your PVP skills and learn the key elements of competitive play in Battleborn. Your first play-through is solo, but this practice mode can be repeated with groups of up to three players.

Dojo: Take each and every Battleborn hero for a test drive! Learn how to slice, dice, blast, smash, and rocket your way through waves of minions.

This is one of the most exciting new additions! On top of a whole new character select experience, Battleborn will also offer pick/ban drafting in public and private matches. Players and teams can now take turns picking and banning characters to create an excellent competitive roster based on what the other team is choosing.

Normal Draft: Normal draft mode will be available in both public and private matches, allowing each team to take turns voting for their banned characters and creating their roster.

Captain’s Draft: Private matches have an additional draft mode called Captain’s Draft. In these private matches, each team has a captain, so choose wisely! Not only will the captain be directing the team in battle, they also have final say over which characters their team will ban.

New challenges await with the quest system in Battleborn! Players can now take on new objectives through Main and Daily Quests for a variety of different rewards.

Main Quests: Main quests lets you explore different aspects of the modes and missions in Battleborn.

Daily Quests: Unlock a new quest every day! The reward varies depending on the difficulty of the quest, with the hardest quests also having the biggest rewards.

Battleborn’s user interface has a whole new look! It’s now cleaner, more vibrant, and much easier to find the information you need most. There are UI changes throughout Battleborn, from the starting screen, to the Command center, character select, and even in the menu system.

Since Battleborn launched back in May, we’ve been cranking away at new content. So far we’ve released new heroes, more PVP maps, in-game events, and all sorts of hot fixes and adjustments. Below is a quick recap of what’s already been released:

Five free new heroes — Alani, Pendles, Ernest, and Kid Ultra are already here and Beatrix early access today! That brings the total to 30 playable heroes for everyone who bought Battleborn.

Three DLC Story Operations — “Attikus and the Thrall Rebellion” and “Toby’s Friendship Raid” are out now, “Oscar Mike vs The Battle School” releases today, and two more on the way!

Double XP, Double Credits, and Play with the Devs events

Lots of skins and taunts are now available for Platinum in the Battleborn Marketplace, including a brand new set of medieval skins.

“I’ve been at Gearbox for 10 years and this is the craziest update we’ve ever done!”, wrote Gearbox Software Producer Chris Brock.

Battleborn is available now for PS4, Xbox One and PC.