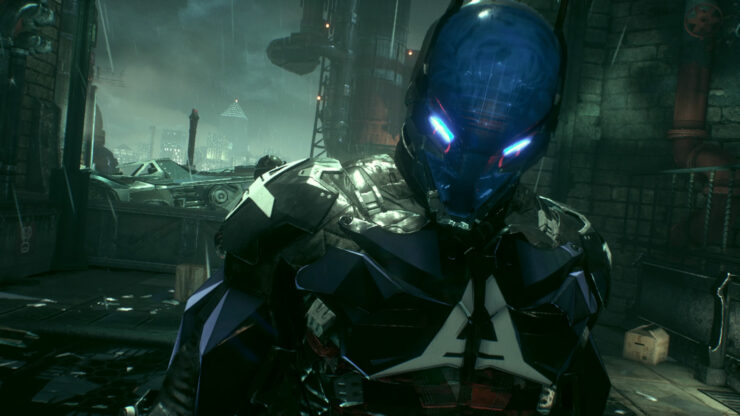 Rocksteady Studios, the developer behind the Batman: Arkham series, is hard at work on its next project but don’t expect details anytime soon. In addition, the British developer revealed that a Batman: Arkham Knight PS4 Pro isn’t being planned at the moment.

The news comes from Rocksteady’s co-founder and creative director, Sefton Hill, who took to Reddit for an AMA yesterday together with social marketing manager Gaz Deaves.

Since the release of Sony’s PS4 Pro last month, many titles have been receiving patches to make use of the additional power within the enhanced PS4. This also applies to the recent Batman: Return to Arkham remaster which introduces a variety of visual and performance improvements on the Pro. While some might have expected a PS4 Pro update for Arkham Knight as well, this doesn’t seem to be the case. When asked about a PS4 Pro patch, Rocksteady’s co-founder responded that they are not “planning” such an update at the moment. “Good to hear from you. We're happy to make you feel the feels! Unfortunately we are not planning a patch for PS4 at this time”, Hill said.

“I know that's not what you want to hear but better to be honest. We did release a patch for Arkham VR to support the Pro, which is a nice piece of tech. I'm looking forwards to playing it with my new 4k TV!”

Hill also had something to share about the studios next project, which is being actively worked on. "We're very hard at work on our next project but we won't be releasing the details for a while", Hill said. "When we do you guys will be first to hear as we want to get the community involved heavily in what we do next."

Not much is known about Rocksteady's new project, though its likely that the studio will finally be moving on to Unreal Engine 4 for its next game.

What would you like to see from the British developer in the near future? Leave a comment below.