Being an open world game, Batman Arkham Knight, the latest entry of the series created by Rocksteady now available on consoles and PC, comes with a few glitches that can get in the way of enjoyment. Some of these glitches, however, can be used to do things that wouldn't be possible otherwise. 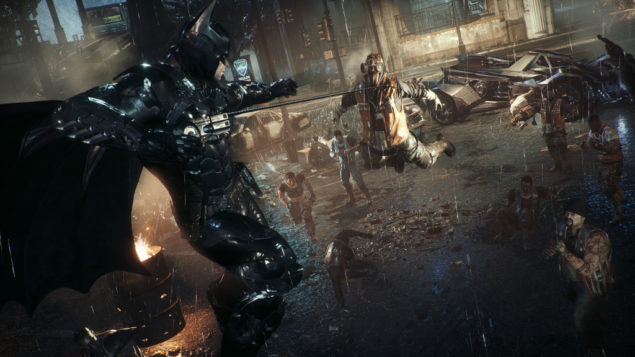 Among these Batman Arkham Knight is a very interesting one which has been detailed a few hours ago with a brand new video. Thanks to the Corner Cover Zipping glitch, it's possible to free roam with all playable characters on the PlayStation 4 and Xbox One versions of the game.

Last week Batman Arkham Knight received its latest batch of extra DLC content, which includes new skins, new AR Challenges and the expansion Season of Infamy. This expansion added new Most Wanted side missions starring some of the more popular villains of the Batman universe - The Mad Hatter, Killer Croc, Ra's Al Ghul and Mr. Freeze. The December DLC packs are now available for purchase for all versions of the game - PlayStation 4, Xbox One and PC.

Batman Arkham Knight has been released a few months ago but it hasn't exactly been smooth sailing for the PC version of the game, which has been launched in an almost unplayable state. The issues were so big that publisher Warner Bros decided to suspend sales of this version of the game until things improved. A few patches have been made available for the PC version in the past few weeks which vastly improved the situation and the game has finally been made available for purchase once again on Steam.

Batman Arkham Knight is now available in all regions on PlayStation 4, Xbox One and PC.