[UPDATE – Rated By PEGI] Batman Arkham HD Collection Revealed, To Release In June On PlayStation 4 And Xbox One

[Update] The Batman Arkham HD Collection has been rated today by PEGI as Batman: Return to Arkham, further confirming its release.

[Original Story] Batman Arkham Knight, the latest entry of the series developed by Rocksteady, has been released almost a year ago on PlayStation 4, Xbox One and PC. Following the release of the final DLC packs for the game earlier this year, not much has been said about the franchise, but it seems like owners of current gen consoles will soon be able to enjoy previous entries of the series with enhanced graphics and more. 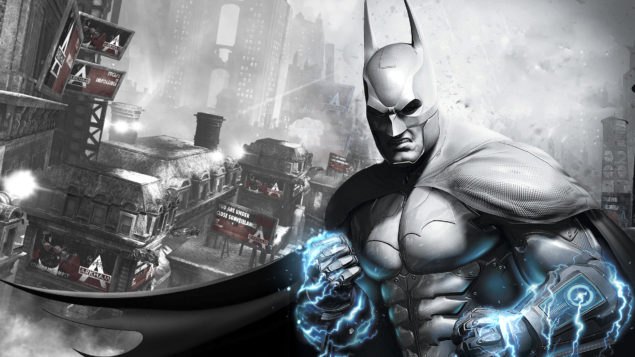 Earlier today, Eurogamer has received pictures of the yet to be announced Batman Arkham HD Collection from a GameStop employee. According to the shared image, the collection will include the first two entries of the series, Batman Arkham Asylum and Batman Arkham City, complete with all DLC packs released for both titles. Unsurprisingly, Batman Arkham Origins doesn't seem to be included, as the game is the only main entry of the series that hasn't been developed by Rocksteady. According to the same image, we won't have to wait much longer for an official announcement, as pre-orders are scheduled to be going live tomorrow. The collection will be released on June 10th on PlayStation 4 and Xbox One. 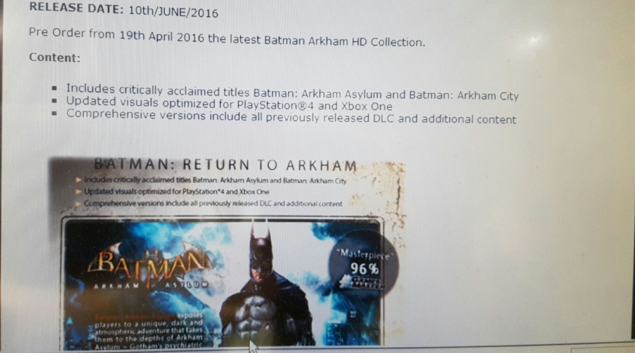 As already mentioned, Batman Arkham Knight is the latest entry of the series. The PC release of the game is one of the most controversial releases of the past year, as the game was released in a broken state that prevented most from fully enjoying the game. The situation has been slightly improved in the months following the game's release with a few updates which addressed the worst issues plaguing the game.

The Batman Arkham HD Collection has yet to be officially announced, so there isn't much else we know about it not counting what today's leaked image has revealed. With pre-orders going live tomorrow, we will surely learn more about other additional features soon, so stay tuned for all the latest news on the upcoming collection.