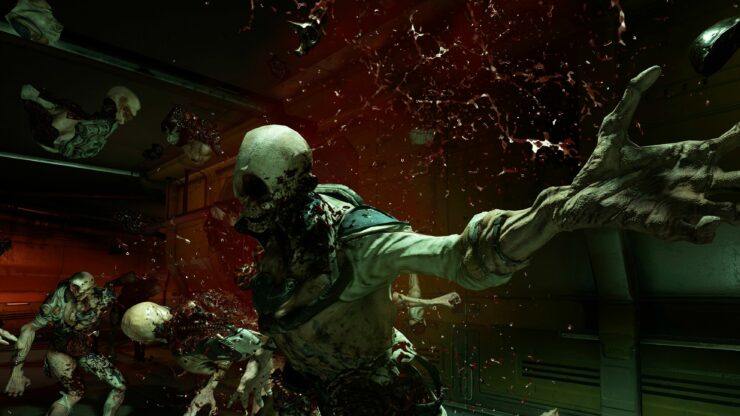 Async Compute became quite controversial when it turned out that NVIDIA's Maxwell architecture did not receive any performance boosts to it due to lack of hardware support. This changed with the new Pascal architecture, which introduced improved pixel-level pre-emption and dynamic load balancing (you can read a lot more about those here) and therefore got improvements in Ashes of the Singularity under DirectX 12.

Dan Baker, Co-Founder of Oxide Games, opened up a Twitter conversation about Async Compute by saying that it's "definitely a super useful feature in DirectX 12".

Async compute is definitely a super useful feature in DX12.

That prompted some other developers to chime in, such as id Software's Lead Renderer Programmer Tiago Sousa, who said that Async Compute is awesome and his team gained 3 to 5 ms in rendering time with DOOM. This, alongside AMD intrinsic functions, was key to hitting the performance target (60FPS) in DOOM on PlayStation 4 and Xbox One. Sousa also remarked that profiling tools on consoles helped a lot as well, while PC can improve in that regard.

Async is awesome, we gained about 3ms up to 5ms on consoles(huge for 60hz)

Dan Baker replied by adding that Oxide Games measured the performance boost around 15% for AMD cards on PC and it could be even better. Sousa, on the other hand, stated that they were able to use Async Compute to fit GPU particles and most post-processing effects.

Soon, other developers were pulled in. James McLaren, Director of Engine Technology at Q-Games (the creators of PlayStation 4 exclusive The Tomorrow Children, which is in Open Beta now), confirmed to have received similar gains and recommended to use it. Then he corrected himself and said that the gains are probably 6 to 7ms @30hz.

Yep, same sort of gains here. Use it!

Think we're actually at about 6～7ms@30hz

Mickael Gilabert, 3D Technical Lead at Ubisoft Montreal, added that his team noticed gains of 2.5 to 3 ms in Far Cry: Primal and concluded with "Async for the win".

As Pascal cards slowly flood the market, it is possible that more developers will go ahead and try to use Asynchronous Compute in their games while they were previously a bit reticent to use something that didn't work well on NVIDIA cards. We'll keep you posted, of course.