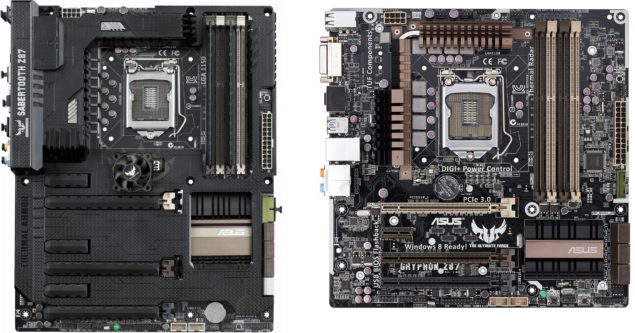 The ASUS Z87 TUF motherboards lineup includes a total of two new products which range in different tiers. The Z87 Sabertooth is the flagship product of the series followed by the Z87 Gryphon which retains most of features while being a M-ATX form factor board.

ASUS Z87 motherboards lineup would also include the monster Z87 Sabertooth packed inside its TUF third generation thermal armor. The TUF Thermal heatsink makes use of air cooling through a single fan that pushed cool air to the internal electrical components.Expansion slots include two PCI-e 3.0 x16 and three PCI-e 3.0 x1 slots while storage include 6 SATA 3 and 2 SATA 3 GB/s ports. The motherboard retains its Sabertooth color theme for the PCH and overall heatsink design.

Coming to the Z87 Gryphon, the motherboard that was teased months back is also a M-ATX board that makes use of socket LGA 1150 and retains a design theme similar to its bigger brother aka the Z87 Sabertooth.  The Z87 Gryphon features an 8 Phase VRM, two PCI-e 3.0 x16 slots, two PCI-e 3.0 x1 slots, 6 SATA 3 ports for storage and features such as TUF components and TUF Thermal radar to ensure the best stability. The Z87 Gryphon ships with the TUF thermal armor which can easily be equipped on the motherboard to ensure better cooling performance.

I can already see the Z87 Gryphon becoming a choice for users looking forward to built M-ATX PC builds. Although price would be a major factor here and if done right, the Gryphon may well just become the best selling board in ASUS's Z87 lineup. 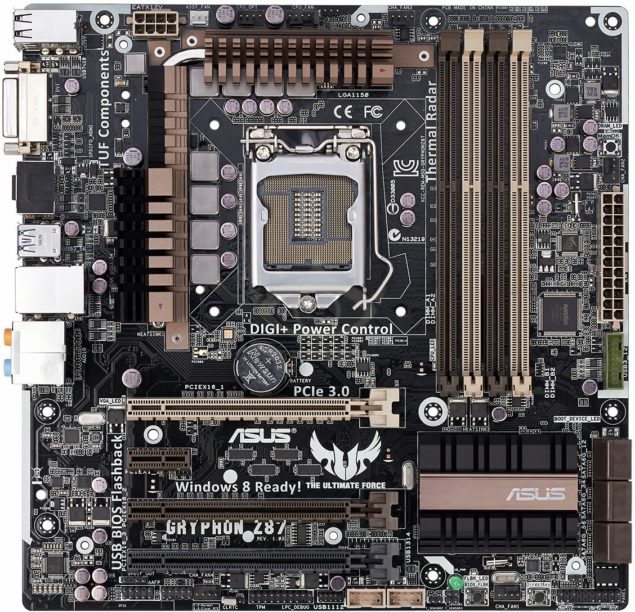 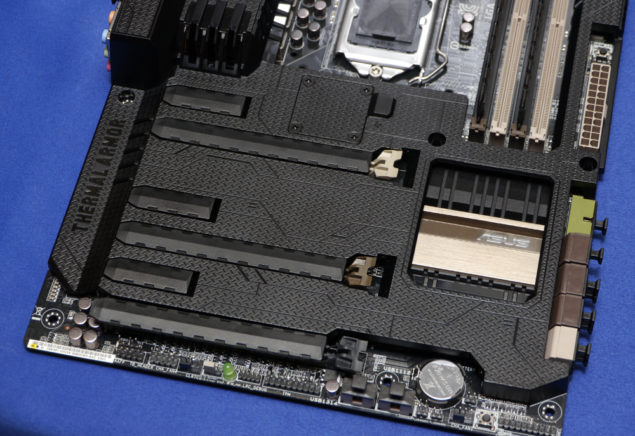 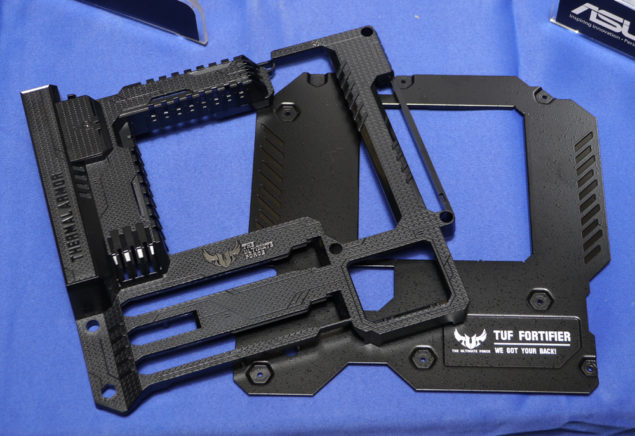 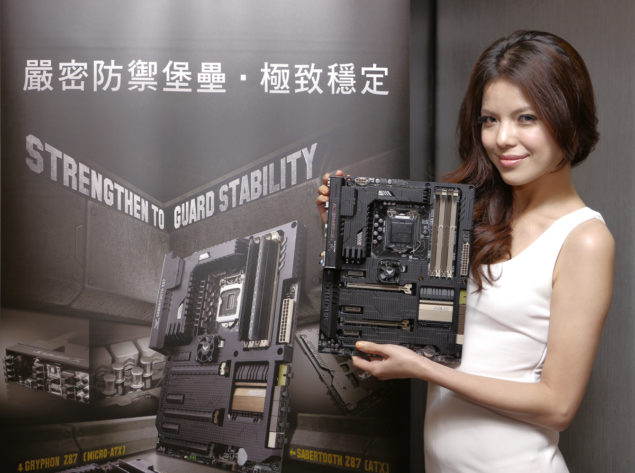