ASUS has unleashed their complete Z87 motherboards lineup including the flagship Z87 ROG based Maximus VI Extreme that's built specifically for hardcore overclockers and enthusiasts. Other motherboards that have been unveiled include the Z87 ROG Maximus VI Hero and Maximus VI Gene which are detailed below.

The ASUS Z87 motherboards lineup includes a total of 10 new products which range in different tiers. Starting with the flagship overclocking lineup which includes three motherboards:

The ASUS Maximus VI Extreme comes with the red and black theme design and the latest LGA 1150 socket to support the upcoming Haswell processors.The CPU is powered by 8+4 Pin connectors while an additional six pin connector provides extra power to PCI-e GPUs. Expansion slots include five PCI-e 3.0 x16 and a PCIe 3.0 x4 slot, also an mPCIe combo slot is located near the I/O panel on the motherboard. A total of 10 SATA 3 ports offer storage, a large heatsink covers the nearby Lynx point PCH and the board has several overclocking options near the DDR3 DIMM slots such as Voltage measurement points, On/Off and Clear CMOS swtiches.

The Maximus VI Hero is a cut down version of the Extreme featuring a similar design but only three PCI-e 3.0 x16 slot and three PCI-e 3.0 x1 slots. For storage there’s 8 SATA 3 ports while the CPU is powered through a single 8-Pin connector. Overclocking features remain the same but the CPU nor the PCI-e GPUs are provided extra power to additional ports. There is however an addition of several I/O ports but we don’t know what features the have.

Next up is the Maximus VI GeneZ which is the M-ATX board made for overclockers. It maybe small but it retains the overclocking features of the flagship Extreme motherboard, comes with two PCI-e 3.0 x16 and a PCI-e 3.0 x4 slot while storage includes 8 SATA 3 Ports. There are several I/O options an the addition of THX audio within the backpanel ports. The motherboard comes with a mPCIe Combo III slot near the I/O panel which can hold a Wi-Fi  and bluetooth module shipped with the board.

The ASUS Z87 ROG Motherboards are bundled with the OC Panel and OC Hot Key devices. The OC Panel is nothing short of a marvel for overclockers which is directly connected to any Z87 ROG motherboard and shows readings on the on-board display and can also allow for VGA hotwire, VGA SMB, 4 x 4 Pin power connectors and several other overclocking features. 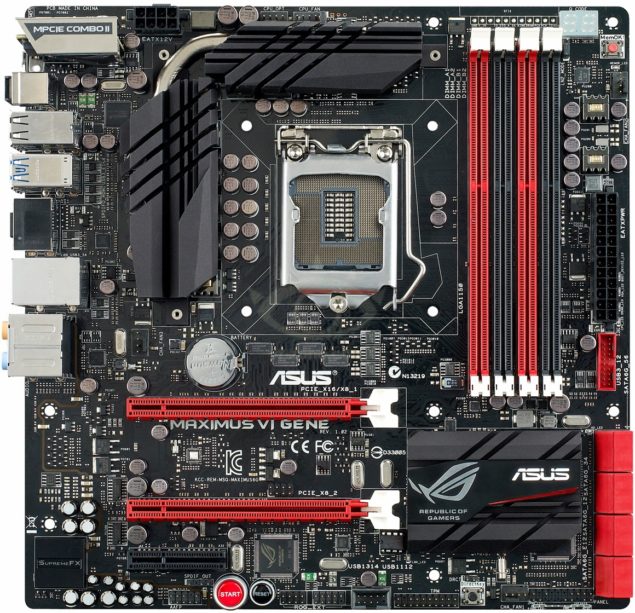 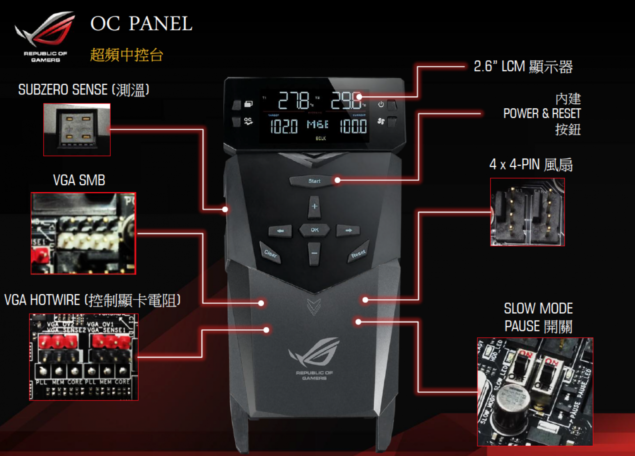