I have always looked at Steam Machines with calculated wariness and forced neutrality. Being nothing more than glorified pre-built PCs with a Linux distro (SteamOS) they are pretty much a reinvention of PCs, and an arguably un-innovative one at that. ASUS has just revealed some incredibly beautiful looking Steam Machines at Computex today and boy is the form factor something. These steam machines were shown under the ROG (Republic of Gamers) Brand, which hints at a possibility that the same might be true for every Steam Machine in the future from ASUS. 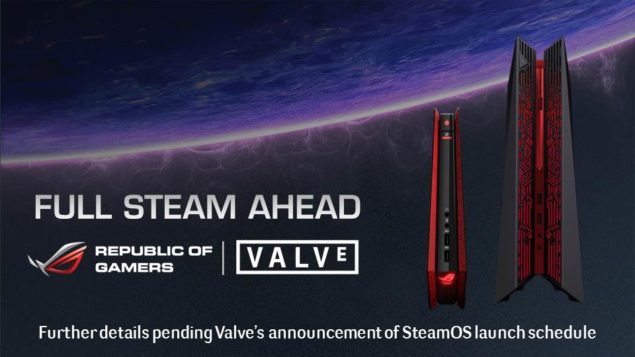 ASUS Unleashes Steam Machines GR8 and G20 - Beauty and Performance in one package, but just how well will they age?

The first model is the compact form factor king GR8, which features a very small size (2.5 litres to be exact). It boasts a 4th Gen Intel i7 Processor and a Nvidia Maxwell GTX 750 Ti. So this can actually work as a portable console-pc hybrid. The Second steam Machine is called the G20 and features a single GTX 780 along with a 4th Gen Intel i7 Processor. Now interestingly this machine has no exhaust ports and ASUS claims that there is a hidden 'heat tunnel' which will do the job while staying at 25db (which is the Idle Specification, it is slightly more at Full Load).

I foresee a big problem though. These machines are going to be launched around the same time as the Steam Controller, next year; see the problem now? By the time these machines are released, they will be outdated. CPUs age quite well, and there are still gamers who will swear by their Sandy Bridge CPUs but GPUs are a whole different story all together. The Graphic Processing Unit's aggressive performance increase per generation is drastically different to the almost stagnant gradient of CPUs.  Infact one could very well argue that the GTX 780 is a bit outdated already. Ofcourse ASUS could always revise the specs, but that would make todays show pretty much redundant.

If theres one thing #ASUS ROG does right, its combing looks with performance. http://t.co/5L2NHxY8GL pic.twitter.com/f3M4OI3utE