Computex is in full swing and Asus just held its motherboard press event earlier today, where they showcased their upcoming monstrous X399 and X299 motherboards for the high-end desktop platforms from AMD and Intel. At the event there was one particularly interesting hint that Asus dropped about AMD's upcoming Threadripper CPUs. It's in the image above, so see if you can spot it.

The way Asus has dropped this hint is also very clever, as it used it as an opportunity to showcase its new OLED screen on its X399 Zenith motherboard. The screen can be used to display a myriad of readings, including temperatures and clock speeds. If you look closely to the left of the image you can see the screen showing a frequency reading of 5GHz.

We don't know what type of cooling Asus would use to reach this kind of overclock, as at this point this teaser is all we're getting. Asus stated that they could not disclose any performance data before AMD does, so stay tuned to learn more later today as the company holds its Computex conference.

The "Whitehaven" platform featuring the X399 chipset will include support for quad-channel DDR4 memory, Threadripper CPUs with 16 cores and 32 threads as well as more PCIe lanes and more storage compared to AMD’s X370 on AM4. It will compete directly with Intel’s upcoming HEDT X299 platform and Skylake X CPUs which will feature up to 18 cores and 36 threads.

AMD is using the same platform for its 32 core EPYC enterprise processors as well as its enthusiast desktop Threadripper products. The products are built the same way, using AMD's innovative Infinity Fabric technology to "glue" 8-core Ryzen dies together and create a larger, more powerful chip. 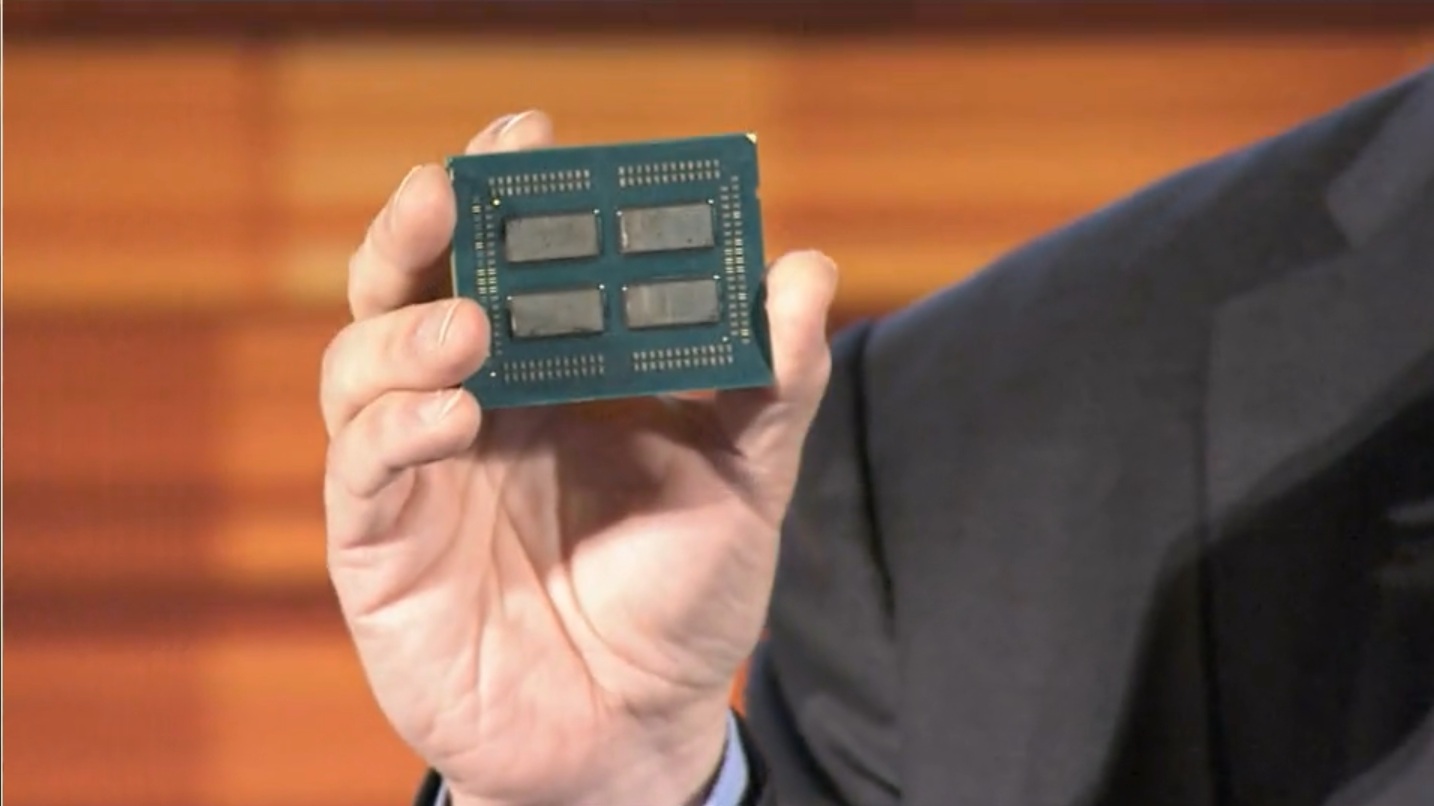 To make EPYC processors AMD employs four 8-core Ryzen dies, Threadripper will be made up of a yet unknown number of dies. However, both products are compatible with the same 4094-pin physical socket design. They also make use of the same packaging which means AMD can theoretically leverage chips with up to 32 cores on the desktop, if it ever chooses to launch such products.

AMD could pull a surprise like Intel and go nuts with the core counts. The tools are at its disposal thanks to Infinity Fabric, it's a question of whether the company thinks a product with more than 16 cores makes sense for its high-end desktop platform. Real competition is back in the CPU race like we've never seen before and it's as invigorating as ever.