AMD cards have a long standing tradition of being unlockable into more powerful variants. Many lucky Radeon owners successfully unlocked their R9 290s to 290Xs and more recently were able to unlock more CUs in their Fury GPU. While it looked like the era might be over for good, due to the advent of CUs now being lasered off, some lucky owners of ASUS R9 Fury cards will be be pleasantly surprised to learn that they can unlock their cards to the full blown 4096 SP Fury X. 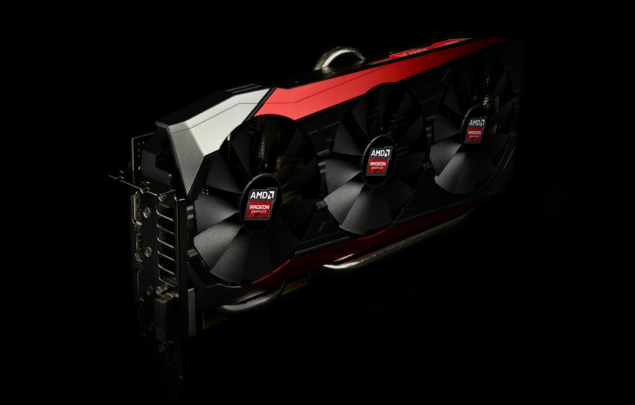 The graphic card in question is the ASUS Radeon R9 Fury Strix with the DirectCU III air cooler. The unlock was done by the user 2good4you over at XtremeSystem forums and he was able to unlock all remaining CUs (from 3840 to 4096) suggesting a full blown Fiji XT core has been used in these models. Ofcourse, this trait will be limited to certain batches of the graphic card in certain localities only - so it very much remains a matter of luck. The procedure itself is easy and relatively safe, and has become a fairly common sight. TX12, a user on OCN even released a universal tool that will allow any AMD Hawaii, Tonga or Fiji GPU based graphic card to (potentially) be unlocked to a powerful variant.


Now there are two reasons due to which a GPU might have more CUs than what the bios is showing. Reason Uno is something called yield. When a GPU is manufactured, not all the chips on the wafer survive the lithographic process. Infact a good number will have some defect or the other. The chips that are below a certain threshold are discarded entirely, whileas those dies that only have 1 or 2 CUs disabled are chosen for the lower tier variant of the product offering. Functioning CUs of these dies are usually locked (either by lasering off or a soft lock ) to ensure uniformity and the consumers get a slightly lower powered version of the flagship (in this case, the Fury.

The second reason is due to a temporary supply issue. Take the Fury for example. The supply of the cores is provided by UMC but sometimes a batch of the cores might be delayed for whatsoever reason. The cut down variant (Fury) usually has higher demand (and therefore requires more supply) while as the full blown variant usually has higher margins but less demand.  If an Add in Board partner runs into a shortage of Fury cores, they have the option of putting in Fury X cores with a soft lock. We have seen this happen before with the Radeon R9 290X too and this is what I suspect happened this time around.

The forum post by the user shows a pretty decent overclocking headroom as well. He was able to achieve silent fan operation with clocks of 1050 Mhz at vcore of 1.19v. Clocks upto 1150 Mhz also appear to be possible with drastically higher vcore (1.3v) and maximum fan speed. Although, the exact cut off limit will depend on the ASIC quality that the user has. Needless to say, this is a very very big gain in performance for absolutely free. Going from 3840 SPs to 4096 SPs at beyond Fury X base clocks is an absolutely insane jump. So if you are in town looking for a Fury to buy, I would suggest going for the ASUS Strix, since in all probability you would be able to unlock some (if not all) the CUs.

Steam Machines Were a Really Good Idea Along the Way to the Steam Deck, Says Valve