The Brazil headquarters of ASUS managed to do a showcase of the upcoming ROG based Matrix HD 7970 Platinum graphics card. The ASUS ROG series combines the most powerful hardware for gaming enthusiasts and overclockers.

The HD 7970 Platinum features the Tahiti XT2 core which allows for the new Boost technology. Core clocks are maintained at 1050MHz and 1100MHz for Boost frequency. Card includes a 3GB GDDR5 (384-bit) memory which runs at 1650MHz (6.6GHz Effective).

The core is powered by a 20 Phase Digi+ VRM which utilizes the Super Alloy Power design and also comes with ROG exclusive features such as VGA HotWire which allows users to read the voltages and apply changes directly to the card, in real-time, without using software. The card is provided power through two 8-Pin PCIe connectors.

Display outputs include Dual-DVI and four full length display ports which allow for 6-screen Eyefinity support. The cooler is a massive three slot covering beast with two aluminum heatsink blocks equipped with five copper heatpipes running through the direct contact base plate. It is further cooled through dual fans. ASUS also includes a backplate with the GPU.

The GPU when launched would be bundled with a Diablo III Gaming Mouse pad from Steelseries.

UPDATE: OCAHOLIC also managed to get quite a lot of pictuers of the card which you can check out on their webpage here. 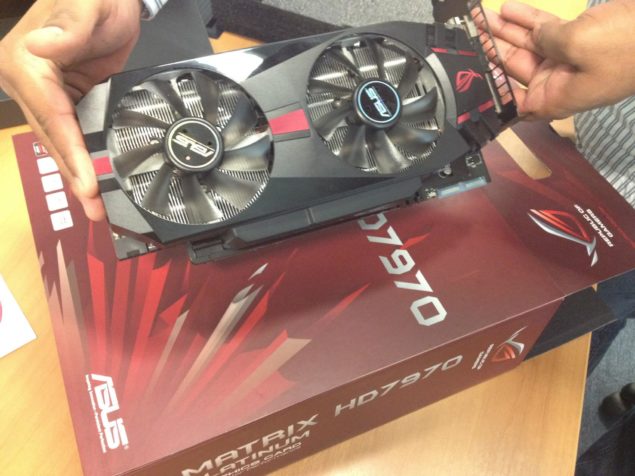 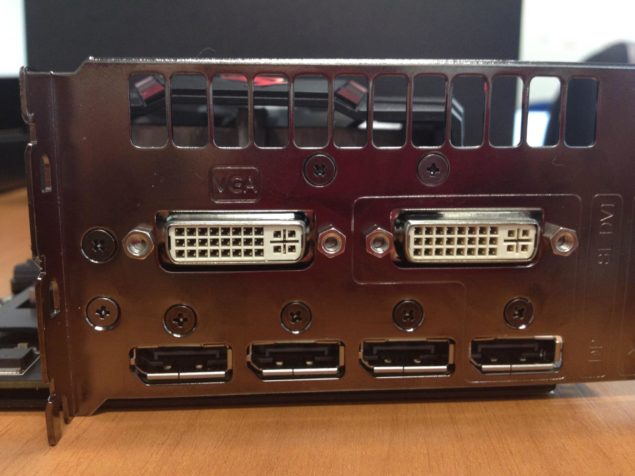