ASUS has unveiled the first fully custom Radeon R9 290X graphic card featuring their highly acclaimed DirectCU II cooler. ASUS's Republic of Gamers Facebook page posted the pictures of a pre-release sample of the card which will be available for sale soon. 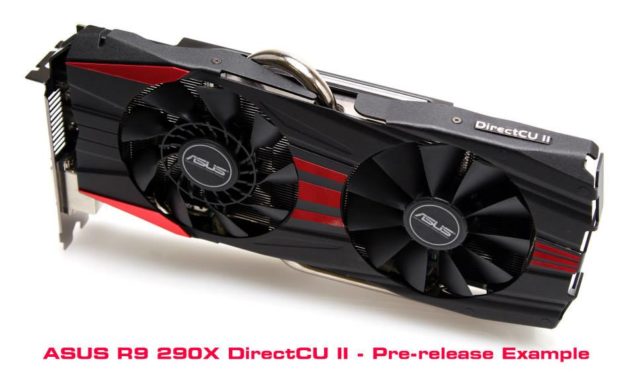 We recently updated on the non-reference and custom Radeon R9 290 series scene that the Radeon R9 290 will arrive first in custom flavors followed by Radeon R9 290X around CES 2014. It looks like while manufacturers are adding more power and factory overclocks to these boards, they are still having a hard time managing heat as ASUS's Facebook page has mentioned when asked about a Radeon R9 290 DirectCU II version:

"Well.. for now we are still working hard on making it cool. TBA" ASUS Republic of Gamers

Just like the MSI's upcoming Radeon R9 290X Lightning, the ASUS Radeon R9 290X DirectCU II with the latest revision of the cooler will support the massive Hawaii chip with 2816 Stream processors and a 4 GB GDDR5 memory running along a 512-bit memory interface. The DirectCU II card will be equipped with a custom PCB design featuring the Digi+ VRM with Super Alloy Power technology and high quality C-Caps and MOSFETs. The card will be powered through 8-Pin + 6-Pin power configuration and will obviously run at factory overclocked specifications.

The ASUS Radeon R9 290X features the DirectCU II V2 cooler which made its debut on the GeForce GTX 780 in June 2013. It features two fans with one of them equipped with the CoolTech Fan design which is developed by ASUS, its CoolTech fan combines blower and axial fans in one design, forcing air in multiple directions over the heatsink to maximize heat dissipation. The front of the PCB is equipped with a PCB strengthening base plate.

The fans push air towards a large central aluminum fin heatsink which has four 8mm and one 10mm nickel plated heatpipes with direct contact surface to ensure better heat dissipation. Display outputs include Dual-Link DVI, HDMI and a display port. The launch dates were not mentioned for either card but the price is going to be set at a premium over the reference models. 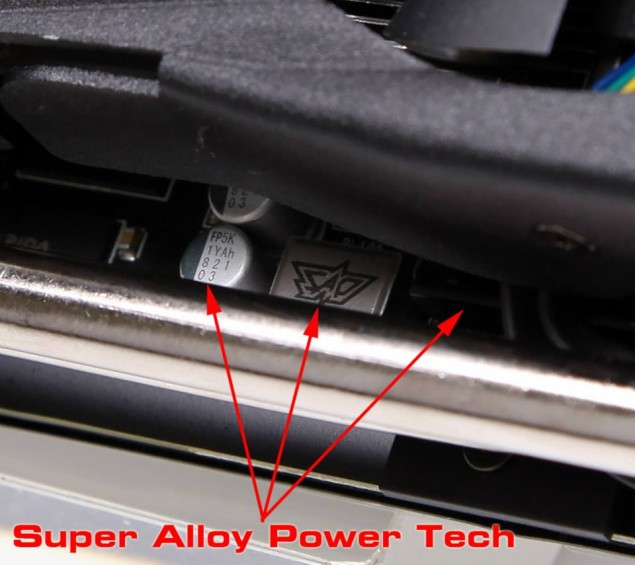