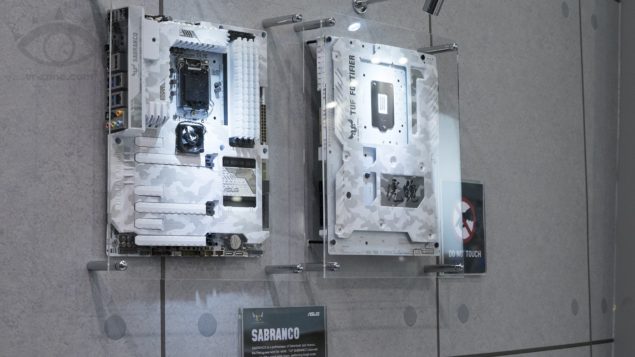 The ASUS Z97 TUF Sabranco is similar to the Z97 Sabertooth Mark 1 in terms of technical specifications but its the design that separates it from the rest of the TUF lineup. The motherboard adopts a white colored PCB which have been absent from motherboards since some time and the Fortifier Armor shield adopts a Snow camo design that resembles a white sabertooth tiger. The design looks pretty neat and even the added memory armor is coated with the same color scheme to match the board layout for better aesthetics.

From a technical perspective, the Z97 TUF Sabranco is fitted with the latest TUF Fortifier shielding which protects the board from damage and enhances the cooling performance. Much of the details are hidden since we can’t spot what’s underneath the TUF armor but we can spot an 8-Pin power connector that supplies juice to the LGA 1150 socket which itself is connected with a beefy 8 Phase DIGI+ supply. Four DDR3 DIMM slots seem to feature some thermal guard to enhance cooling for the DIMMs. The Storage options include 4 SATA 6 GB/s ports and a USB 3.0 header. Now, the most interesting feature of this board is that it comes with two SATA Express ports which will allow the motherboard to equip high-performance SSDs for faster transfer speeds.

Expansion slots include three PCI-e 3.0 x16 and three PCI-e 3.0 x1. Interestingly, there’s no M.2 PCI-e SSD slot on either Sabertooth Z97 boards. The motherboard was shown with its TUF Frontier armor which is a massive shield for the board itself and can also equip a small PWM fan in the center for more cooling if required. The board is still a concept design and it remains unknown whether it will ever go on sale or not. Aside from the Sabranco, PC and hardware enthusiast of HKEPC, Lam Chi-Kui, showcased his own white motherboard creation by modding the ASRock Z97 OC Formula and ASRock Z97M OC Formula with a white PCB which looks equally great and coupled with Galaxy's massive and insanely powerful GeForce GTX 780 Ti HOF V20 with one of its OC module which also has a white PCB, looks like an enthusiasts dream.

Do note that these motherboards and designs are highlights of the modding community and concept designs and are most likely not going to go on retail. Its still good to see that the PC hardware community and manufacturers are churning up designs that look great and perform absolutely well. 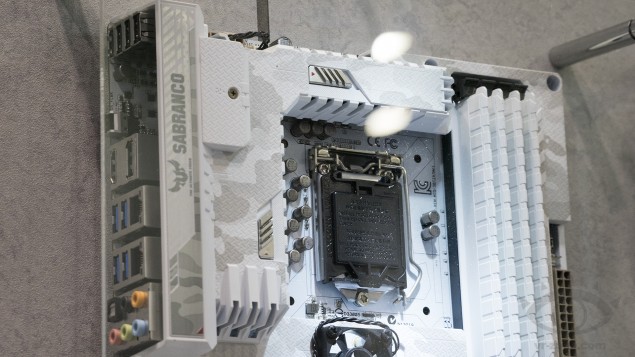 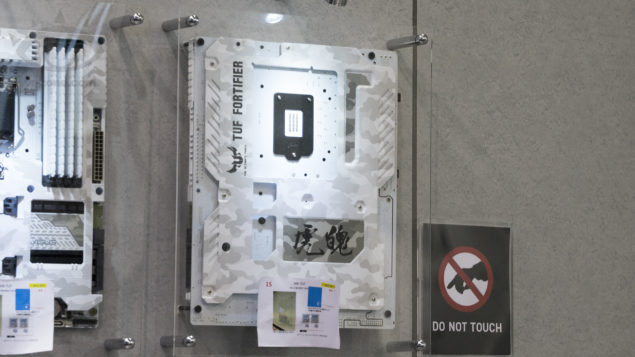 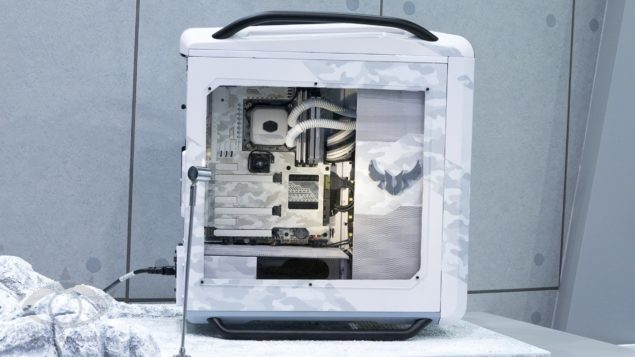 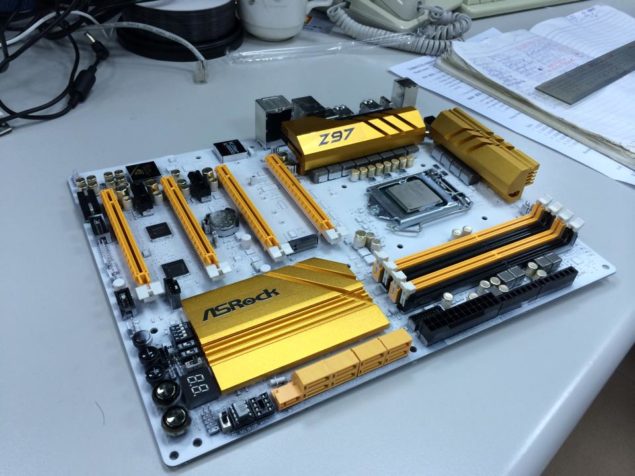 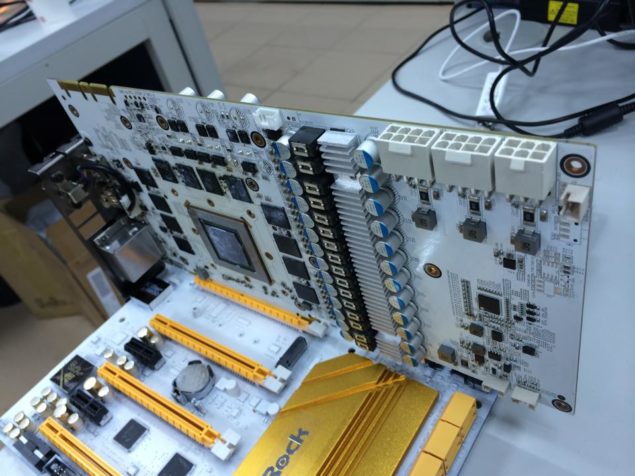 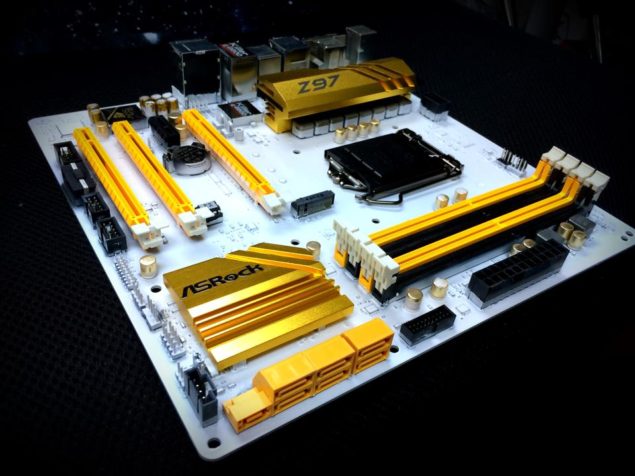