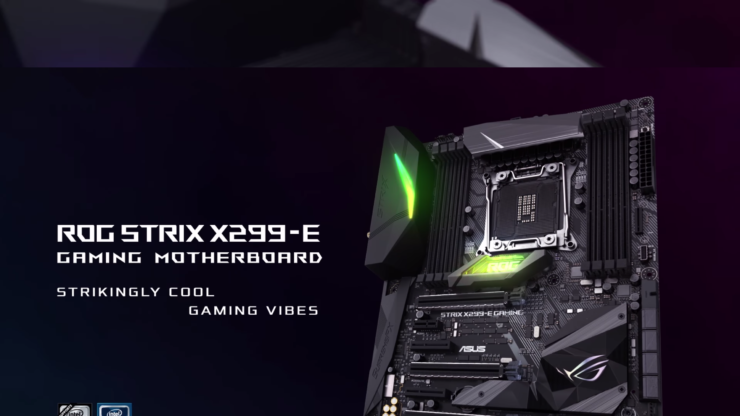 ASUS has just released the first official video of their next-generation ROG X299 series product, the STRIX X299-E. The new X299 HEDT platform is designed to support Intel's most powerful CPUs that are part of the Skylake X and Kaby Lake X family. (via Videocardz)

The Intel HEDT X299 platform is going to be announced tomorrow on 30th May at Computex 2017. Intel will provide details about their upcoming enthusiast desktop platform and fastest processors to date. We covered the Intel X299 HEDT platform in full detail over here a while ago so make sure to check out the article.

As for ASUS's new motherboard, the board seems to be part of the ASUS ROG X299 motherboards family. It's a feature rich product that doesn't trims down on any thing when it comes to the overall design and aesthetics. The board is called the ASUS ROG STRIX X299-E and will be one of many rog X299 products that launch next month as we have heard. 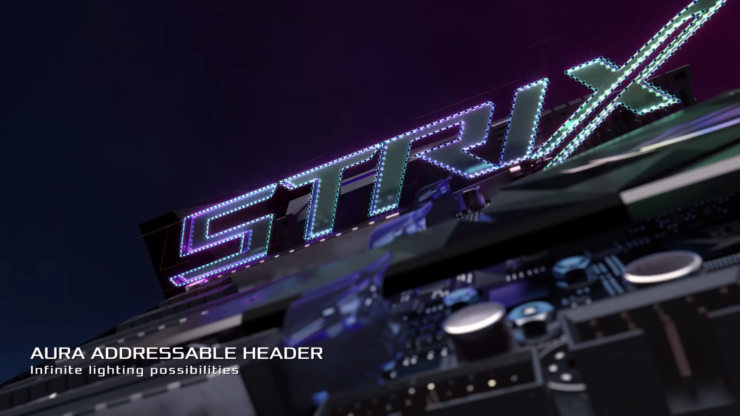 Coming to the details, the motherboard features the LGA 2066 socket which is the latest socket to support Intel's upcoming processors. It comes with 2066 pins as the name suggests and looking at the design, the assembly looks pretty much similar to LGA 2011-v3 so current LGA 2011 v3 coolers may remain compatible on the new boards. There are eight DDR4 DIMM slots, four on each side. The DIMMs can support high-speed memory kits rated beyond 4000 MHz (OC+) with capacities of up to 128 GB.

The juicy stuff is in the I/O and design. We are getting three PCI-e 3.0 x16 slots, all of which are covered by metallic shielding. There's also two PCI-e 3.0 x4 and a single PCI-e 3.0 x1 slot if you need to add a fast NVMe PCI-e storage card or add in sound card. The PCI-e 3.0 x16 locks come with LED Lighting. The board comes with an overclocking ready design and as such, features a beefy VRM heatsink on the top. The X299 PCH is covered by a large metallic heatsink that is fitted with a secondary cover. This cover provides thermal interface with an M.2 NVMe drive that can hide underneath it, offering greater cooling performance. 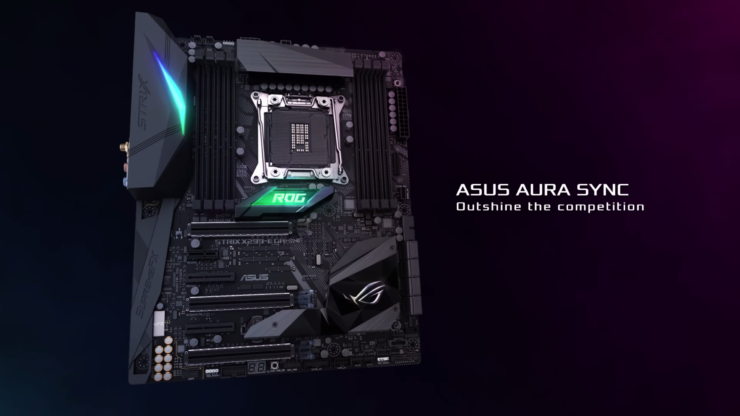 For storage, we are looking at 8 SATA III 6 GB/s ports while there are also two USB 3.0 front panel headers. Near the 24-Pin ATX power connector, we can spot a USB 2.0 port along with what seems to be a second M.2 slot. And of course, the RGB, there's lot's of it on this product.

The design scheme of the board is similar to the STRIX Z270 motherboard which we reviewed here. It looks like ASUS is taking it a step further, with a fully RGB lit cover between the PCI-e slot and cpu socket. The I/O cover also features RGB LEDs and the whole assembly looks great with the cover extending towards the SupremeFX PCB. ASUS is using the S1220A Codec teamed with Sonic studio III to deliver some top-notch audio quality. I/O panel includes a 7.1 channel audio jack, Intel LAN, Ethernet, Gamerfirst IV, 2x2 Wi-Fi, BIOS Flashback switch, two USB 2.0, four USB 3.0 and 2 USB 3.1 (Type-A + Type-C) port.

So there you have it, first of the many X299 motherboards that we will get to see at Computex. There will be a plenty of designs to check out from various Intel AIB partners so make sure to stay tuned here. Also, check out the following curved and RGB lit ROG Display coming from ASUS at their keynote tomorrow.