Just like the previous ROG Poseidon offerings, the Poseidon GTX 1080 Ti features a hybrid cooling system that allows the card to use either air or liquid cooling to its advantage. The product is a massive 2.5 slot card that uses a very aggressive shroud design, integrated with dual Wing-Blade IP5X Certified fans that deliver maximum airflow and offer dust resistance too. 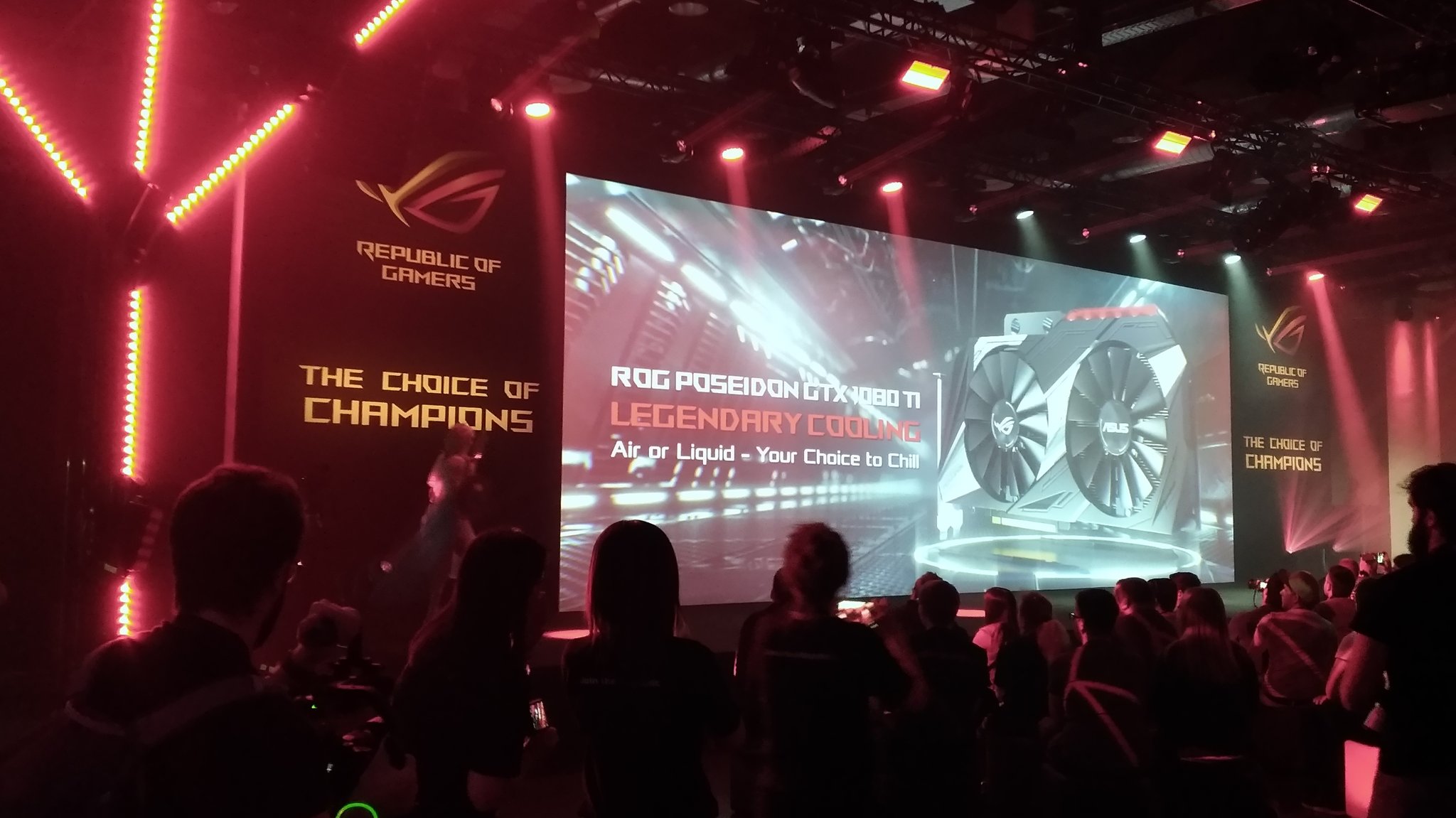 The PCB is cooled by the next-generation DirectCU H2O cooling technology which comes with a massive baseplate designed to offer 40% more heat dissipation area and 20% increase of water flow rate from the water channels integrated within it. The heatpipes extend from the GPU to the VRMs, VRAM and PLL area. The waterblock uses standard G 1/4-inch terminal block and would be compatible with most liquid cooled systems. The hybrid cooler is said to offer under 50C load temps with liquid cooling and under 70C temps with air cooling.

On the back, we are looking at a custom designed backplate that makes use of RGB lighting that comes with ASUS's AURA Sync technology. There's also a custom LED panel on the side of the card that emits RGB light and looks really cool.

The card will be powered by a 8+6 Pin connector configuration and clocks speeds will be revealed later on when the card goes in production. The card also uses a custom PCB as is seen in the images. Enthusiasts can expect some decent OC capabilities. Be sure to check out our full GTX 1080 Ti roundup article here. We will keep on updating the post as more custom cards arrive.