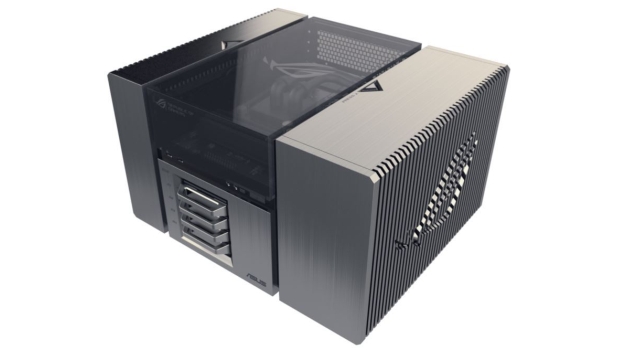 During Computex 2016, ASUS ROG Avalon was showcased to the public and it is being called a modular PC because it is able to swap modules and provide the PC builder with an easier way of assembling their components. Let us take a look at the intricate details shall we.

One of the reasons why ASUS ROG Avalon is referred to a modular PC is because it shows that PC assemblers are able to seamlessly swap computer components in a more efficient manner than purchasing a different chassis and assembling the entire PC on that. However, there is one, but huge downside to using this casing to swap your PC components. While it will severely reduce the total amount of time you take to assemble the computer, the mainboard is proprietary and it comes as part of the Avalon chassis. There’s another thing that you should concern you as well; PC Perspective has pointed out that the power supply isn’t something you could use in a standard tower or mid-tower case, because ASUS has built it with an edge connector so it can simply be slid into place. However, one more perk that you will find from this casing is that there’s no tangle of wires dangling from this PSU. ASUS has taken the liberty of carefully routing the wiring ahead of time at the factory and best of all watercooling comes built-in too. So in all honestly, ASUS ROG Avalon might be a modular PC, but that modular functionality is only limited to the casing itself. 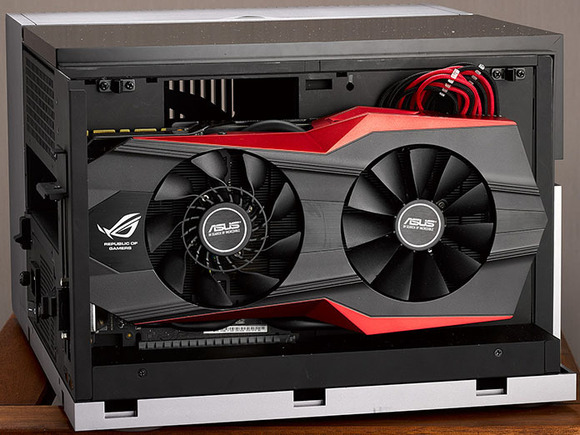 Swapping your processor and RAM is a walk in the park because you just have to lift the top cover and there are the DIMM slots and Intel’s CPU socket waiting for you to plug in your components. Additionally, below lies a series of drawers that let you slide in 2.5-inch drives with ease. On the left side of the case, there’s a dedicated compartment for your GPU, with its own air space to keep excess heat from increasing thermals of the remainder of your computer system. What’s The Most Unique Thing About ASUS ROG Avalon?

The rear I/O panels are swappable. In short, you’re not just limited to a single back panel and as you can see in the images below, there are several other options to choose from. While we’re on the subject of these swappable back panels, one could wonder why didn’t ASUS just use a single back panel to provide all the necessary connectivity ports. Well, it is probably due to size limitation. You need something that does not use up a lot of room and at the same time, provide you with effortless functionality. 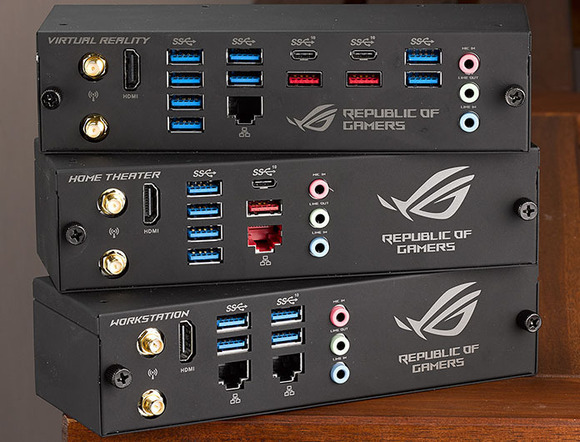 As stated before, its only drawback is that the motherboard is not swappable. Imagine down the road when you want to upgrade your processor, but Intel’s new family of CPUs aren’t compatible with that existing socket in the ASUS ROG Avalon. What are you going to do then? These are some points to wonder, but ASUS has done a darn fine job with its concept.